Guy walks into the jungle and has his camera swiped by a crested black macaque. The monkey, being a monkey, decides to have a little fun and takes a selfie. The photo winds up on Wikimedia Commons, where anyone can grab it for free. But the man who owns the camera wants it taken down because he says the free downloads are eating into his income, and that he should have the copyright. Wikimedia’s response: Tough bananas. It seems silly at first, but it actually poses a really interesting question.

You have to be a human being to get a copyright. And while PETA might disagree, animal rights don’t include copyrights.

Professional photographer David Slater clearly has a vested interest in the case, the Telegraph reports. He claims he made the conditions for the photograph to be possible. But because the image is on Wikimedia Commons, a collection of pictures that are free for anyone to use, he isn’t getting his just desserts. So, who’s right? One expert explained that a photo taken by an animal isn’t subject to the same protections as a picture snapped by a human being. Simple as that. Slater is reportedly continuing to fight to see the photo removed. 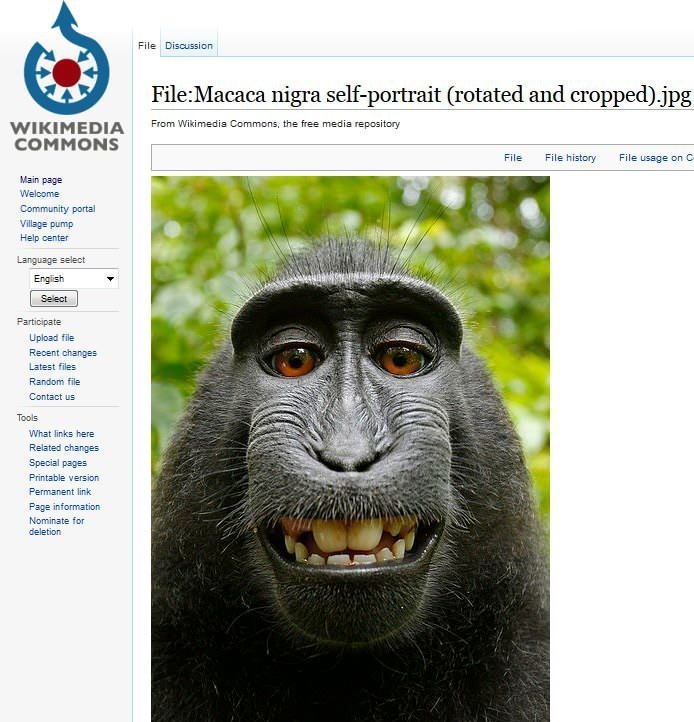