The last surviving crew member of the Enola Gay - the plane that dropped a nuclear bomb over Hiroshima - has died. Theodore Van Kirk, the plane’s navigator, died at his home in Stone Mountain, Georgia, aged 93. His role was to guide the Boeing B-29 Superfortress to the spot over Japan where the US’s first nuclear device, Little Boy, was dropped. The blast killed 140,000 people and, together with the Nagasaki blast, which killed another 80,000, helped bring about a Japanese surrender.

If we had not dropped that bomb, there is no way the Japanese would have surrendered. We would have had to invade the country and the death toll would have been truly unimaginable.

In 2005, Mr Van Kirk, whose nickname was Dutch, was interviewed by the Associated Press and told them atomic bombs do not settle anything and he wanted the weapons banned. The dropping of the bomb ushered in the Cold War era, a period of heightened tension between the West and the Soviet Union, during which both sides stocked up on huge nuclear arsenals. While he might have disapproved of the after effects of the Hiroshima attack, he later told the Daily Mirror it had been the right thing to do. When asked if he regretted being involved, he said: “No, sir, I do not.”

I have never apologised for what we did to Hiroshima and I never will. Our mission was to end the Second World War, simple as that 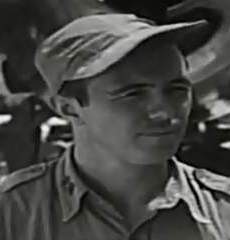