Research published in the New England Journal of Medicine suggests patient zero for the latest outbreak of Ebola in West Africa may have been a 2-year-old child who died in Meliandou in Guéckédou prefecture on Dec. 6, 2013. Researchers arrived at the conclusion by conducting an “epidemiologic look-back investigation” in three main areas. The study involved reviewing hospital documentation and interviewing affected families, infected patients and inhabitants of villages in which cases occurred. Speaking to the The New York Times, Sylvain Baize, co-author of the research paper and head of the national reference center for viral haemorrhagic fevers at the Pasteur Institute in Lyon, France, said the child may have been infected by contaminated fruit or an infected needle.

We suppose that the first case was infected following contact with bats. Maybe, but we are not sure.

The information gathered suggests a health worker carried it from Guéckédou to Macenta, Nzérékoré, and Kissidougou in February 2014. By the time Ebola was recognised in March, dozens of people had died in eight Guinean communities, and suspected cases were popping up in Liberia and Sierra Leone. More than 900 people have died of the virus since then. In better news, British drugmaker GlaxoSmithKline says a clinical trial of an experimental vaccine against the deadly Ebola virus, which is being co-developed with U.S. scientists, is set to start shortly. 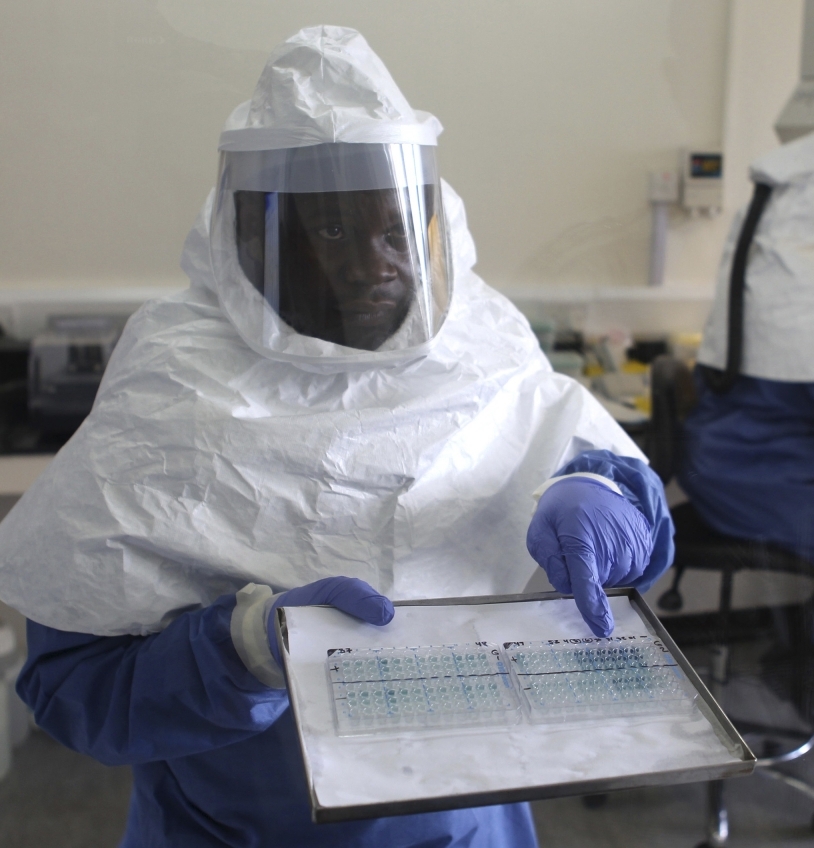