As stargazers around the world prepare to enjoy the second and biggest of three giant full moons on Sunday night, a dramatic image of the “supermoon” from space has been released by a Russian cosmonaut. The moon will shine 30 per cent brighter than normal tonight and will appear 14 per cent bigger as it reaches the point in its orbit closest to Earth.

This is the supermoon, the ‘superest’ supermoon. The other ones are spectacular but not quite as close as this one.

Russian cosmonaut Oleg Artemyev posted pictures he took from the International Space Station. A series of images he published on his Twitter account show the moon slowly disappearing behind the Earth, in what Artemyev called a “moonset”. The phenomenon is known as “perigee”—the first was on July 12 and the third will be on Sept. 9. While the arrival of the supermoon is a cause of excitement for most, it has serious drawbacks for skywatchers looking out for this year’s Perseid meteor shower. The lunar glare from the giant moon means the annual event, where it is common for stargazers to see more than 100 meteors an hour, will be more difficult to view. 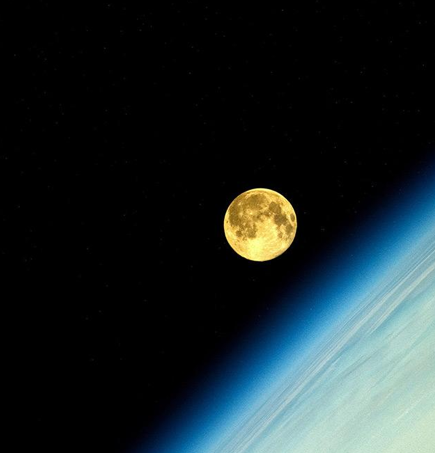