Lauren Bacall, the sultry blonde siren who became an overnight star via a memorable film debut at age 19 opposite Humphrey Bogart in Howard Hawks’ “To Have and Have Not”, died Tuesday at her home of a suspected stroke. She was 89. The news was announced on Twitter and and Facebook by her son Stephen Bogart. Known for her smoky voice and sultry stare, Bacall raised the temperature in a quartet of hard-boiled 1940s thrillers.

With deep sorrow, yet with great gratitude for her amazing life, we confirm the passing of Lauren Bacall.

Born Betty Joan Perske, “a nice Jewish girl from the Bronx”, she initially worked as an usherette and a Vogue model. Director Howard Hawks paid her $125 a week for what would prove to be her breakthrough role in the 1944 thriller “To Have and Have Not”, in which she stunned audiences in the forever-after-famous “you know how to whistle” scene. It was there she began an affair with co-star Humphrey Bogart, whom she later married. Almost two decades later, she emerged from the shadow of being Bogart’s wife and widow, and found her stride on stage, winning two Tonys for her performance in “Applause” and “Woman of the Year”. 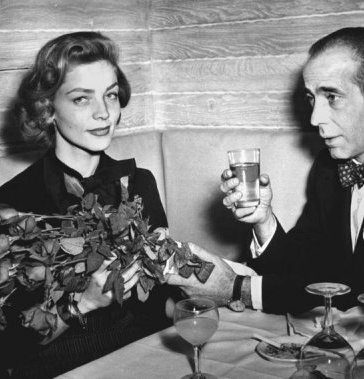