Britain’s Lewis Hamilton became Formula One world champion for the second time after winning the season-ending Abu Dhabi Grand Prix for Mercedes on Sunday. It was the 11th win in 19 races for the 29-year-old, who took his first title with McLaren in 2008 and becomes Britain’s first multiple champion since Jackie Stewart in 1971.

[Winning in] 2008 was special but the feeling I have now is above and beyond. It’s the greatest feeling I’ve ever had.

Team mate and sole title rival Nico Rosberg finished 14th after starting on pole position but losing out to Hamilton at the start and suffering a loss of engine power from the 25th of 55 laps. Brazilian Felipe Massa finished second for Williams in the race, with Finnish team mate Valtteri Bottas third.

Nico [Rosberg] put on an incredible fight throughout the year. He was graceful enough to come up to congratulate me. He just came into the room, very professional and he said: ‘you drove really well.’ And the same for him. 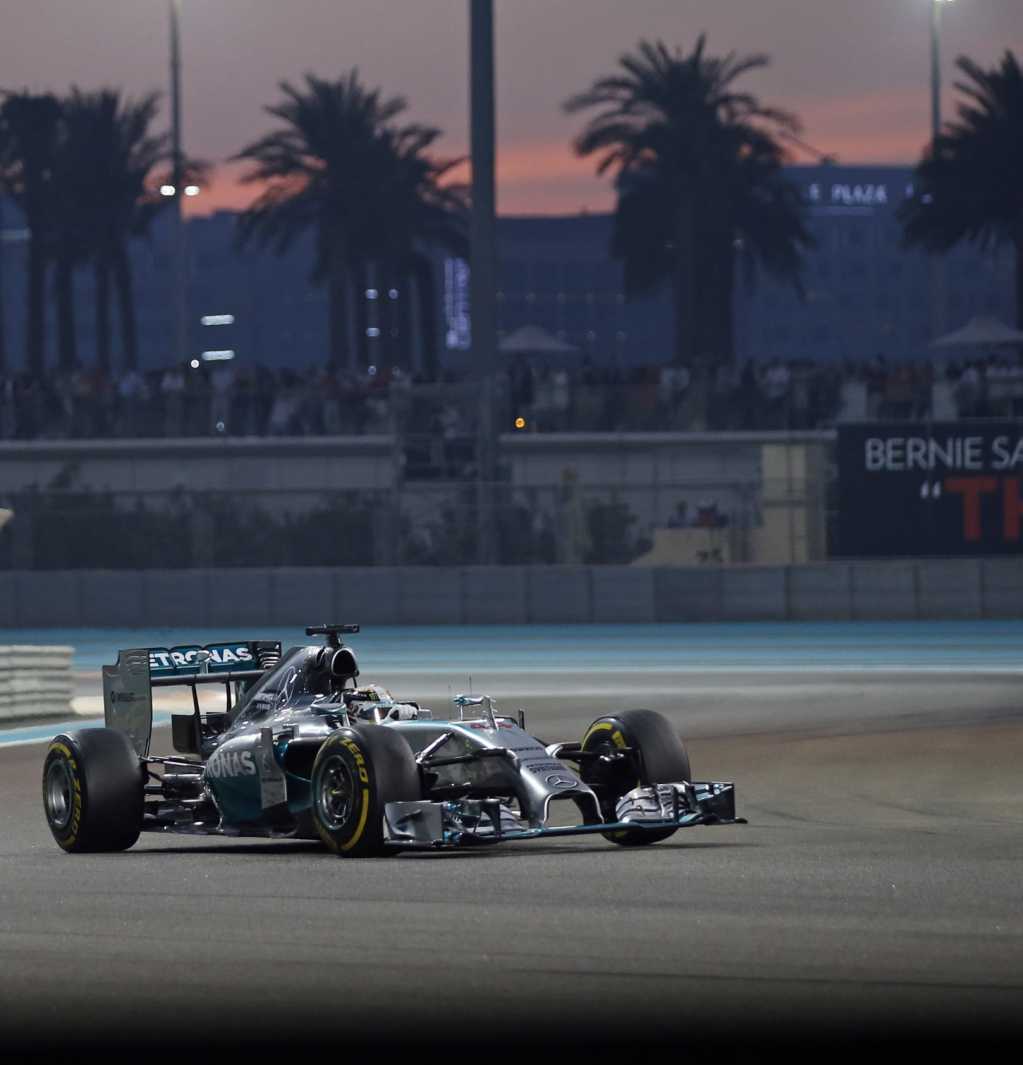