World champion Lewis Hamilton was unbeatable even in a misfiring car as he topped practice at the Malaysia Grand Prix despite mechanical problems on Friday. The Mercedes driver spent much of his time in the garage and departed first practice on a moped, but he still managed to set the day’s quickest time by nearly four-tenths of a second. The performance at a sun-drenched Sepang underlined the superiority Hamilton showed in winning the season-opener in Australia as he sets out to secure a third world title.

It’s not an easy track and the temperatures also make it difficult with the tyres, so it never helps to lose such a big chunk of a session.

Hamilton managed just four laps of the 90-minute first practice before he was told to halt his Mercedes W06 and hitched a lift back to the pits on the back of a moped. His problems continued in the second session as he sat out the first 40 minutes and then quickly had to return to the garage when his team could not see his telemetry data. Hamilton then re-emerged to set a field-scorching lap of 1min 39.790sec - before returning to base shortly afterwards complaining of gear problems. Ferrari’s Kimi Raikkonen was the best of the rest, 0.373sec behind, followed by Hamilton’s Mercedes rival Nico Rosberg, who had timed quickest in the opening session. 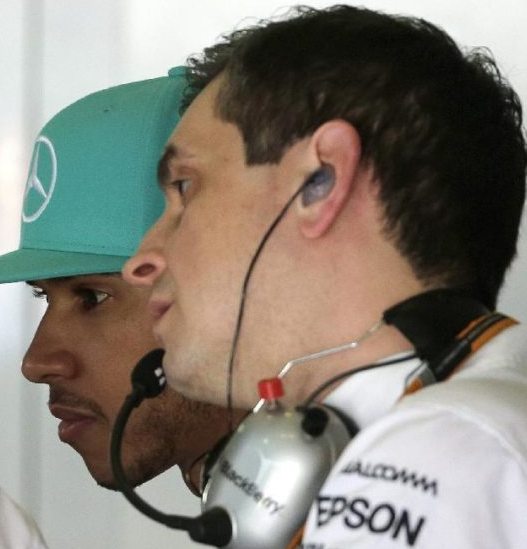