Liberia lifts emergency on Ebola virus, but war on epidemic far from over

Liberia lifted its state of emergency Thursday, announcing huge gains in the fight against Ebola as Africa pinned its hopes on trials for a “miracle drug” to be tested on patients in Guinea. Liberian President Ellen Johnson Sirleaf said the relaxation was “not because the fight against Ebola is over” but because recent successes in battling the epidemic had combined “to reposition our efforts to sustain our fight against the virus”. The Liberian government said this week new cases had dropped from a daily peak of more than 500 to around 50, confirming tentative announcements by experts worldwide of an apparent slowdown.

The fight against Ebola is not over until the national goal of zero new cases by Christmas is achieved all across the country.

Meanwhile, clinical trials to find an effective treatment for Ebola are due to start in West Africa next month, as the fight is far from over. The European Union’s Ebola envoy Christos Stylianides ended a two-day visit to Sierra Leone on Thursday voicing alarm at an apparent acceleration in new cases in the country’s western region. Mali is scrambling to prevent a serious epidemic after the deaths of an Islamic cleric and the nurse who treated him in the capital Bamako. The Ebola virus has killed more than 5,100 people in west Africa, with 2,836 in Liberia, according to the World Health Organization.

Ebola is a fearsome enemy and we will not win by chasing it. We must get ahead of it.

Anthony Banbury, the head of the U.N. mission fighting Ebola in West Africa 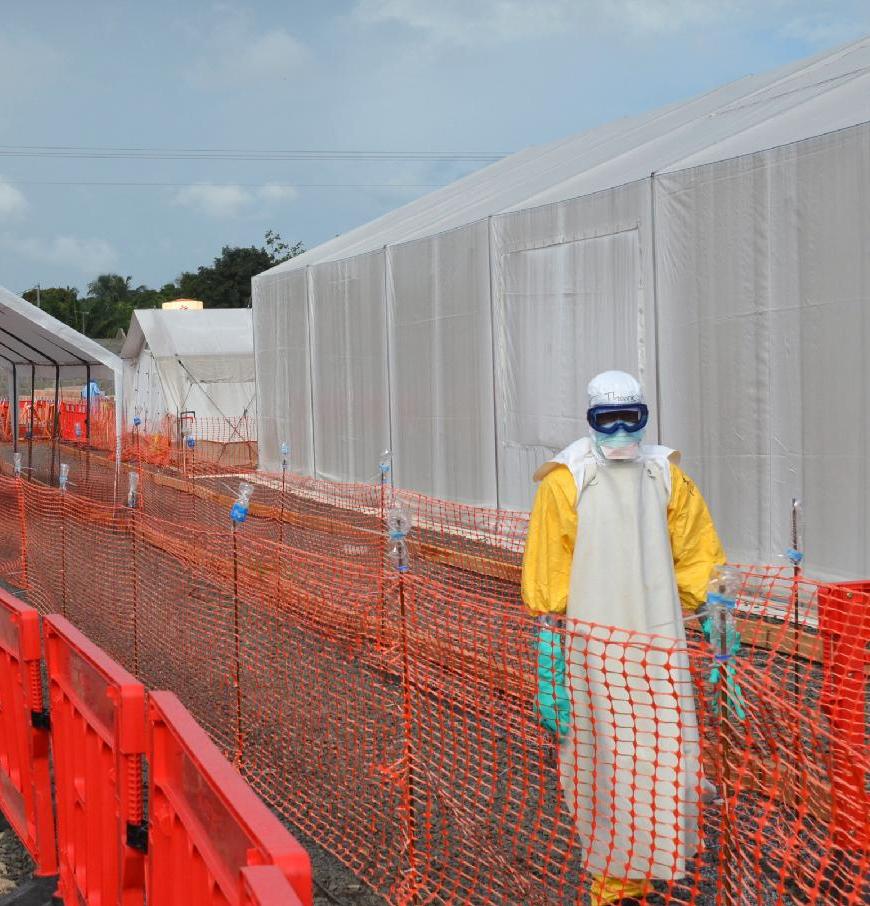