Long and short of it: World’s tallest and smallest men meet in London

The world’s tallest and shortest men came face to face - well, face to shin - on Thursday to celebrate the 10th annual Guinness World Records Day. The little and large act met as people across the globe tried to break all manner of weird and wacky world records, including banging heads, catching spears and throwing thongs. Turkey’s Sultan Kosen, who stands 2.51 metres tall, met with Chandra Bahadur Dangi from Nepal, who measures up at 55 centimetres. Kosen, a 31-year-old farmer, stooped down to shake hands with 74-year-old Dangi opposite the Houses of Parliament in London.

I was very interested how tall he was going to be, about how far up my legs he would go, and of course once I saw him I realised how tiny he was.

Kosen said meeting Chandra was “amazing”, although he admitted bending the long, long way down for photographs was difficult. “I do have problems with my knees so if I stand too long I do get tired,” he said. Kosen added: “Even though he is short and I am tall, we have had similar struggles throughout our lives and when I look into Chandra’s eyes I can see he is a good man.” Meanwhile Dangi, a primordial dwarf who makes placemats and head straps for villagers carrying heavy loads, is the shortest adult to ever have been verified by Guinness World Records. “I was very pleased to see the tallest man in the world, I was curious to meet my extreme opposite,” he told AFP.

I’m so pleased to be a Guinness record holder. Thanks to this I have visited many countries and met many people. I really love it. 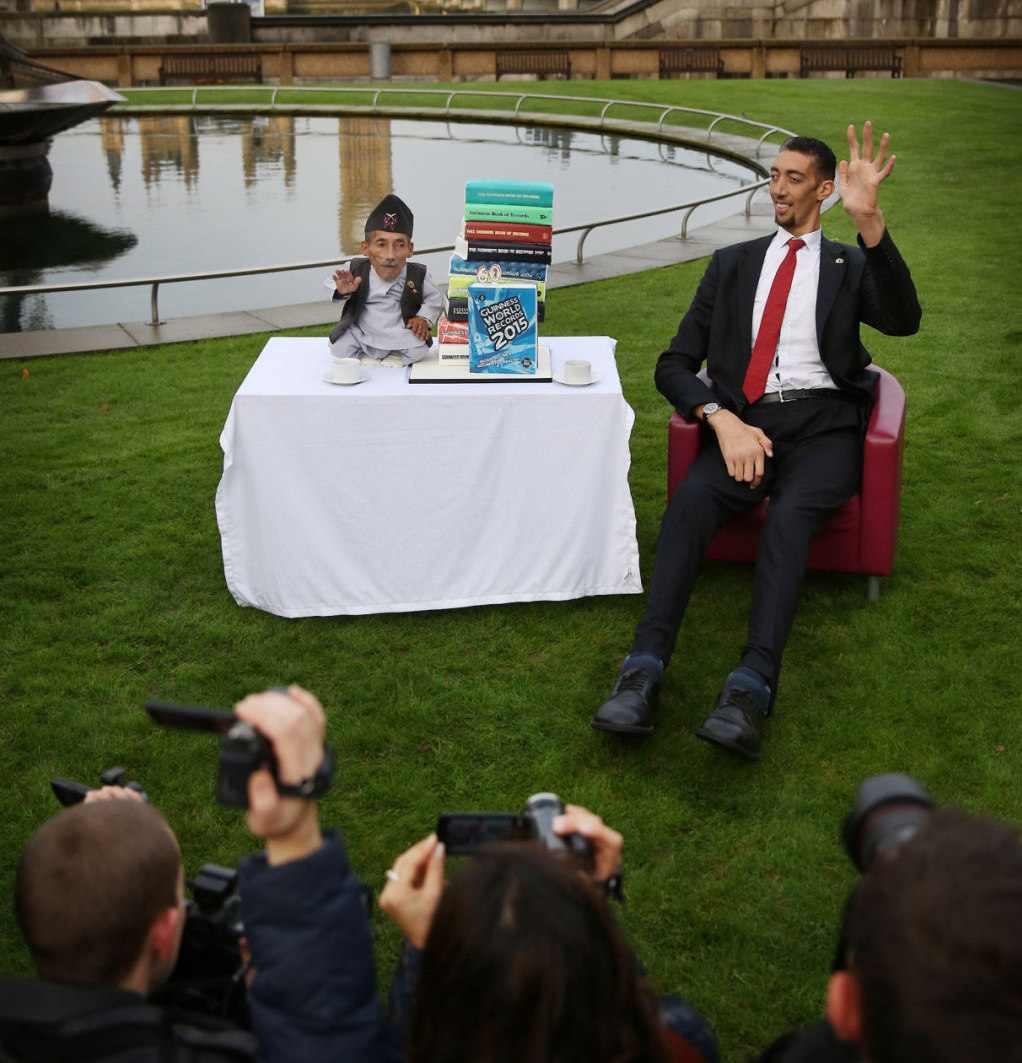