Looking for a place to live in DR Congo? Try the cemetery

In a Congolese cemetery overrun with weeds and rubbish strewn among the graves and banana trees, the living have moved in with the dead—some of them years ago. For want of money and space, families have built houses out of earth, brick or sheet metal alongside tombs—some of prominent figures like the father of the current first lady—in the Kinsuka cemetery in Kinshasa, the DR Congo capital. The cemetery dwellers, who number at least several hundred, are not only living on the land illegally but also face dangerous sanitary conditions.

You feel afraid sleeping amidst the graves, but we had no home. The cemetery isn’t good, we have no electricity.

Neighbour Bibiche, 23, who has lived in the cemetery for two years

Despite its vast mineral wealth, two-thirds of the DR Congo’s 68 million people are mired in poverty, exacerbated by back-to-back wars that ravaged the country from 1996 to 2003 and left a complex web of rebel groups still terrorizing the eastern provinces. Government officials say the homes in Kinsuka and other cemeteries across the country constitute a public health hazard, noting that it takes as long as 50 years after a site’s last burial to ensure the ground is fully decontaminated. 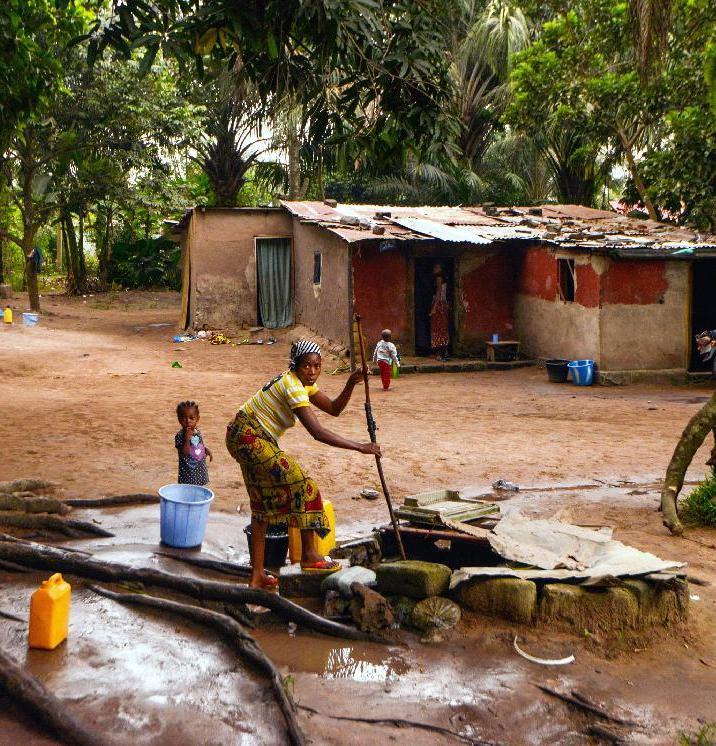