Magic mushrooms found growing in the grounds of Buckingham Palace

A mushroom with hallucinogenic properties has been found growing at Buckingham Palace but no one suspects Queen Elizabeth II of cultivating magic mushrooms. The Amanita muscaria was found growing wild in the extensive palace gardens during preparations for a television show. The mushroom’s hallucinogenic properties have long been known and it has commonly been used in rituals.

As the programme explains, the mushrooms are beneficial to trees, increasing their ability to take in nutrients.

Palace officials said Friday there are several hundred species of mushrooms growing in the palace gardens, including a number of naturally occurring Amanita muscaria. The mushroom can be beneficial to trees but can be poisonous to humans. Officials say mushrooms from the garden are not used in the palace kitchens. 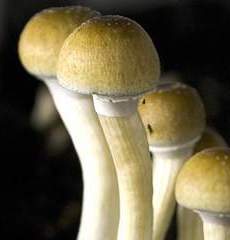