Nearly 500 divers and snorkelers submerged in the Florida Keys National Marine Sanctuary on Saturday for a “concert” beneath the sea broadcast by a local radio station. The 30th annual Lower Keys Underwater Music Festival, held at Looe Key Reef along the continental United States’ only living coral barrier reef, featured four hours of commercial-free music piped below the surface via a series of underwater speakers. The water-themed playlist included such tunes as the Beatles’ “Octopus’s Garden” and the themes from Disney’s “The Little Mermaid” and television classic “Flipper.”

We started this as an arts and cultural event 30 years ago [and] thought it would be a one-time thing. It’s the only place we know of where music is put underwater for divers, snorkelers and the marine life.

Participants described the music as clear and ethereal, with underwater visibility of about 15 metres. Some divers were costumed and pretended to play quirky metal instruments sculpted by Florida Keys artist August Powers. As well as offering an unusual experience for dive and snorkel enthusiasts, the broadcast included diver awareness announcements promoting coral reef protection.

We try to get divers to be aware of their impact on the coral reef so that they lessen that impact and this reef can be here for generations to come. 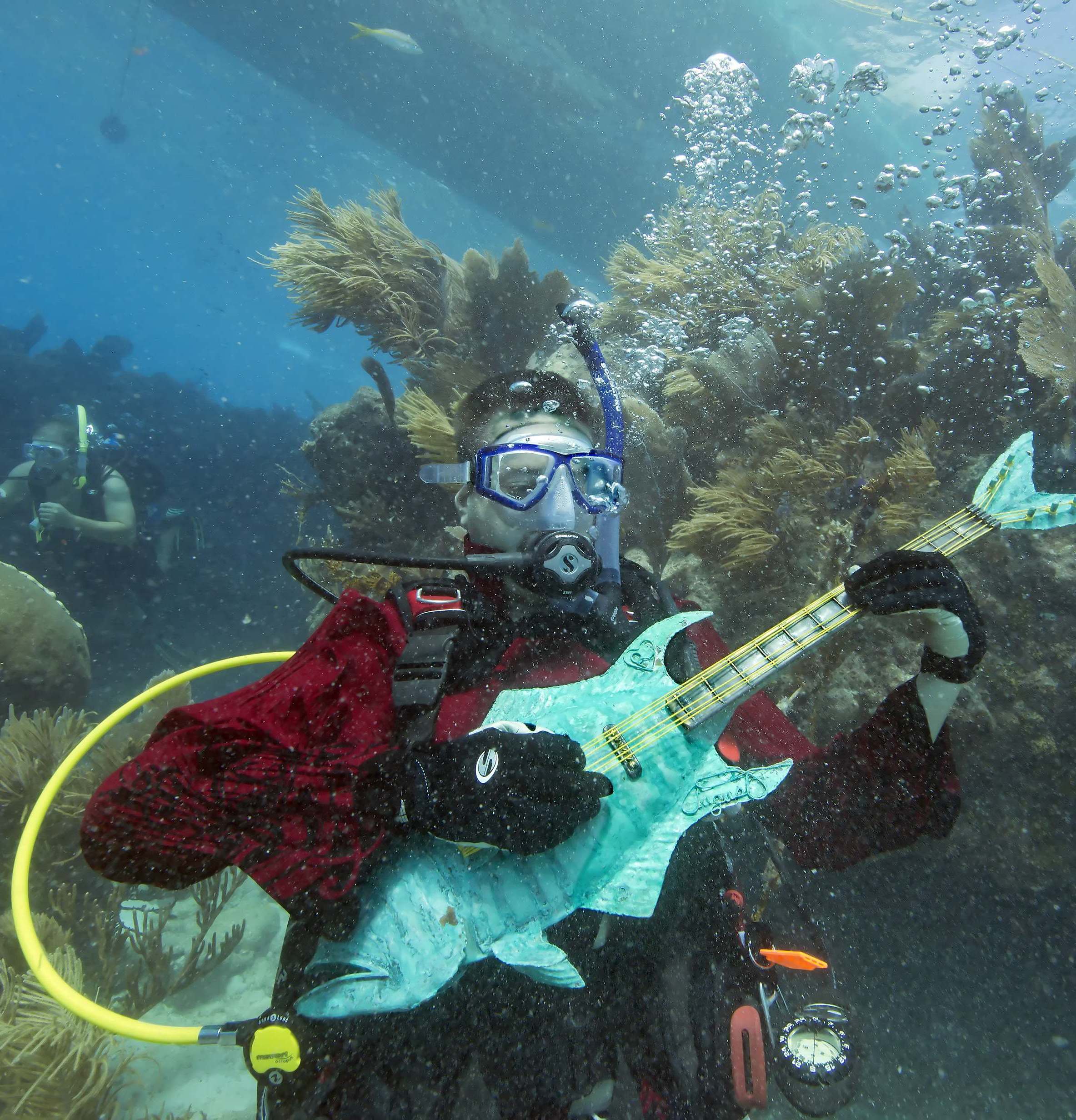