A 20-year-old man died Sunday after lightning struck 13 people at Los Angeles’ Venice beach and a golfer on Catalina Island during rare summer thunderstorms that swept through Southern California, authorities said. The man was taken from Venice Beach and pronounced dead at a hospital Sunday afternoon, Los Angeles County coroner’s Lt. Larry Dietz said. Dietz says he can’t confirm whether the man was a swimmer who was pulled from the water and given CPR. The rare lightning strike hit on Sunday afternoon. The National Weather Service in Los Angeles tweeted that “cloud to ground lightning” had been reported in nearby Marina Del Rey and at the Los Angeles International Airport.

We went about our game and then all of a sudden, there was a big flash of light and a boom, and it felt like someone punched me in the back of my head. It went down my whole side of my right body, and my calves sort of locked up, and I fell over.

Stuart Acher, who was struck by lightning while playing volleyball on the beach

Nine of the 13 struck by lightning were taken to hospitals, where one remained in critical condition, authorities said. 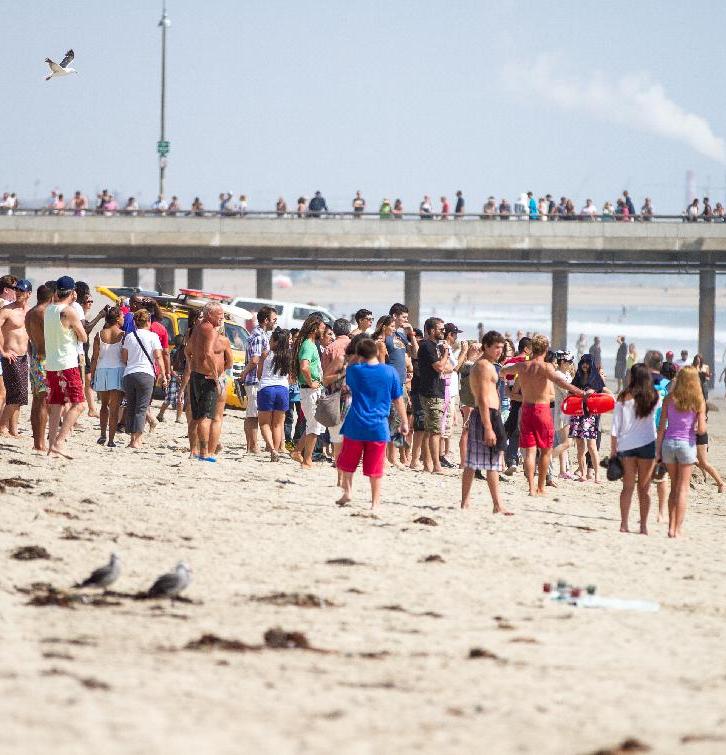