Man sets himself on fire in Japan in defence protest: witnesses

A Japanese man is recovering from severe burns after he set himself alight in protest of Prime Minister Shinzo Abe’s plans to ease limits of the country’s pacifist constitution. Witnesses said the man, seated on pedestrian bridge, used a megaphone to protest plans to end a ban on exercising “collective self-defence,” or aiding a friendly country under attack.

He was sitting cross-legged and was just talking, so I thought it would end without incident. But when I came back to the same place 30 minutes later, he was still there.

Ryuichiro Nakatsu, an 18-year-old student who witnessed the incident

The man, who appeared to be in his 50s or 60s, was taken to the hospital after suffering serious injuries, said Daiji Kubota, an officer at the Shinjuku police station. He said the man’s identity and the reason for the self-immolation was under investigation. Japan’s Cabinet is expected on Tuesday to approve a proposal calling for the right to “collective self-defence,” which would allow Japan to play a more assertive role in international security amid China’s growing military presence and rising regional tensions. 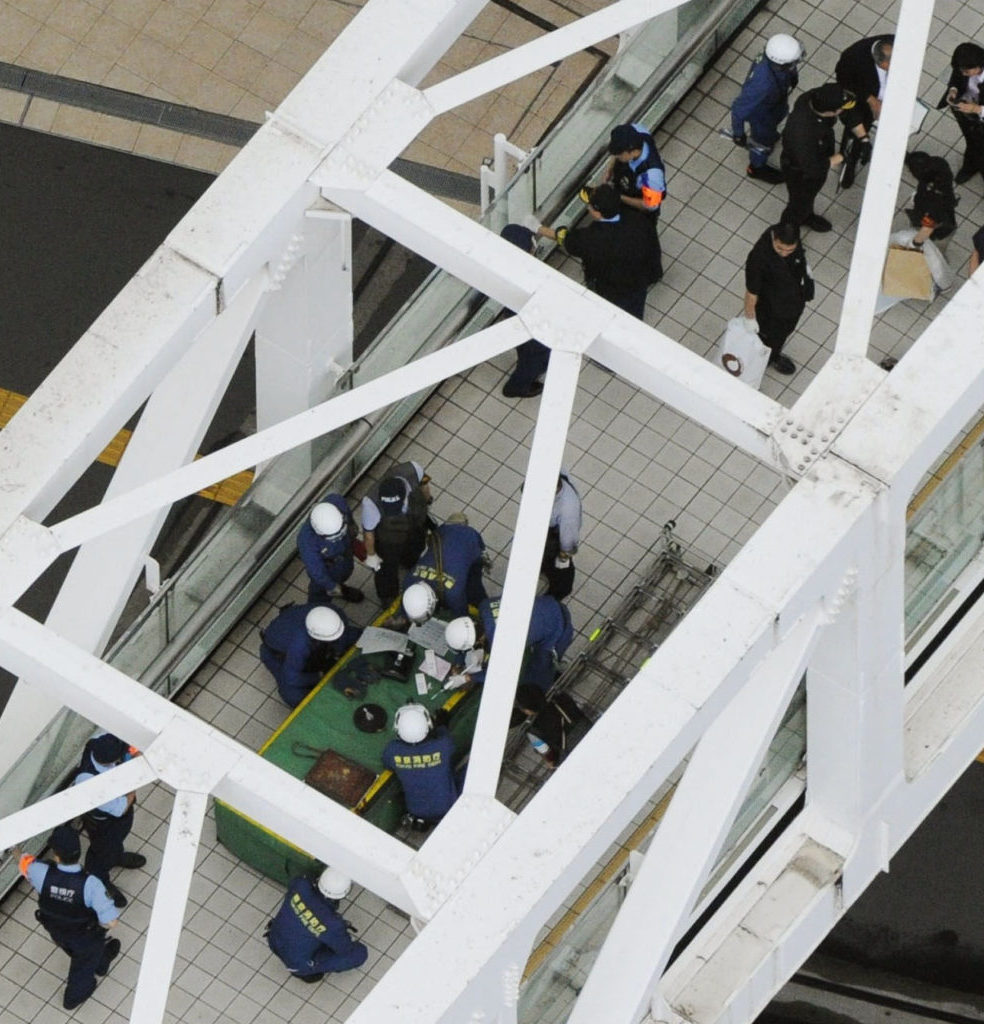