Libya’s Interior Ministry has said that the capital’s police chief was killed as fighting continued for control of Tripoli airport. The ministry said that Colonel Mohammed Sweissi was found dead on Tuesday, and that he had been attacked by masked armed men after leaving a meeting in the Tajoura neighbourhood. State news agency Lana confirmed the assassination and said Sweissi died shortly after arrival at a nearby clinic. The Interior Ministry said an investigation was underway into the killing, which took place as armed groups from the western city of Misrata and their Islamist allies battled an armed group from the mountain town of Zintan over the airport.

[The United Nations Support Mission in Libya] strongly condemns the continuing battles in Tripoli despite the repeated official and international calls for an immediate ceasefire and to refrain from the use of force to resolve political differences.

There is also fighting in the eastern city of Benghazi between Islamist armed groups and remnants of the army, which Sweissi backed. Meanwhile, Libya’s new parliament agreed on Tuesday that the next president would be elected by popular vote. The House of Representatives voted overwhelmingly for the new president to be directly elected by the Libyan people as it seeks to put the country back on track toward democracy, three years after Gadhafi was overthrown. No date has been set for the election. Libya’s fragile government has been caught in political infighting that paralysed the last parliament and empowered rival brigades of heavily armed ex-rebels.

We have made the decision on electing the president directly, but we have not set a date for the vote until we discuss the current crisis and see how stable the situation is. 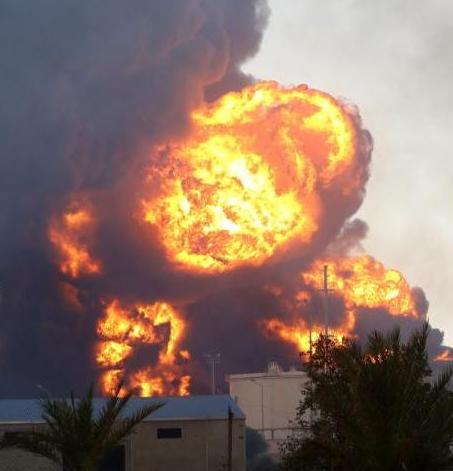