The UN says up to 35,000 refugees have escaped Iraq’s Mount Sinjar and are “exhausted” and “dehydrated.” The refugees, mostly from the minority Yazidi sect, managed to reach northern Iraq’s Kurdistan region through Syria over the past three days. He said an estimated 20,000 to 30,000 people are still trapped on the mountain without food or water.

The new arrivals are exhausted, dehydrated and many have suffered sun or heat stroke, with the daily temperatures reaching 40C to 45C.

Meanwhile, an Iraqi helicopter delivering aid to Yazidis on the mountain crashed after too many refugees tried to climb on board. Reports said the pilot was killed and 20 others wounded, including Yazidi MP Vian Dakhil and two New York Times journalists. Tens of thousands of Yazidis fled to Sinjar after Islamic State of Iraq and the Levant (ISIL) fighters gave them an ultimatum to convert to Islam or die. The Iraqi military as well as the U.S. and UK have been flying supplies to help them. Three RAF Tornadoes have left the UK to carry out surveillance over northern Iraq. The British government also said a “small number” of Chinook helicopters will be sent to assist in the humanitarian relief effort. It has also agreed to transport military supplies provided by other countries to Kurdish forces fighting ISIL forces.

[The mostly Yazidi refugees face] a mass atrocity and potential genocide within days or hours. 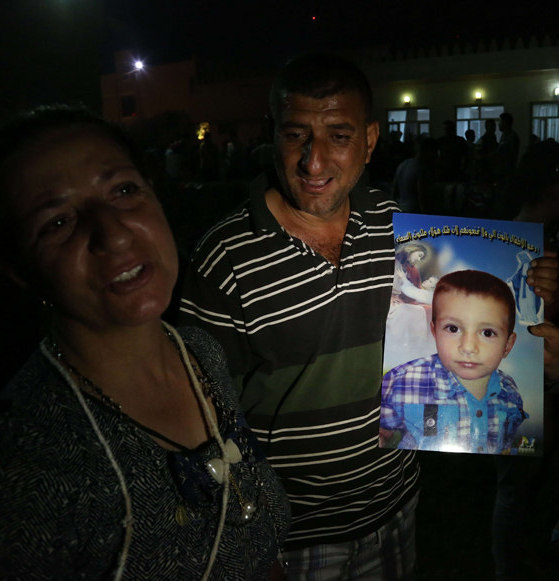