Ahead of planned massive anti-government protests, Pakistan’s capital feels like a city preparing for a siege. The protests Thursday represent the strongest challenge yet to the government of Prime Minister Nawaz Sharif, just a year after he took office in the first democratic transfer of power in a country long plagued by military coups. And how the country reacts to calls for Sharif’s ouster will show how far its nascent democracy has come. This nuclear-armed country of 180 million people has had three military coups since independence.

I think there is going to be a test of wills in Islamabad.

Shipping containers block roads leading into central Islamabad, placed by security forces hoping to halt protesters supporting either a fiery anti-government cleric or a cricket star-turned-politician. Police in riot gear can be seen taking up positions across the city as authorities suspended mobile phone service in some areas. Meanwhile, those worried the government may cut off fuel shipments to slow demonstrators have lined up at gas stations. Hanging over the planned rallies has been the question of whether the Pakistani military has had any role in fomenting opposition to a government with which they have increasingly been at odds. 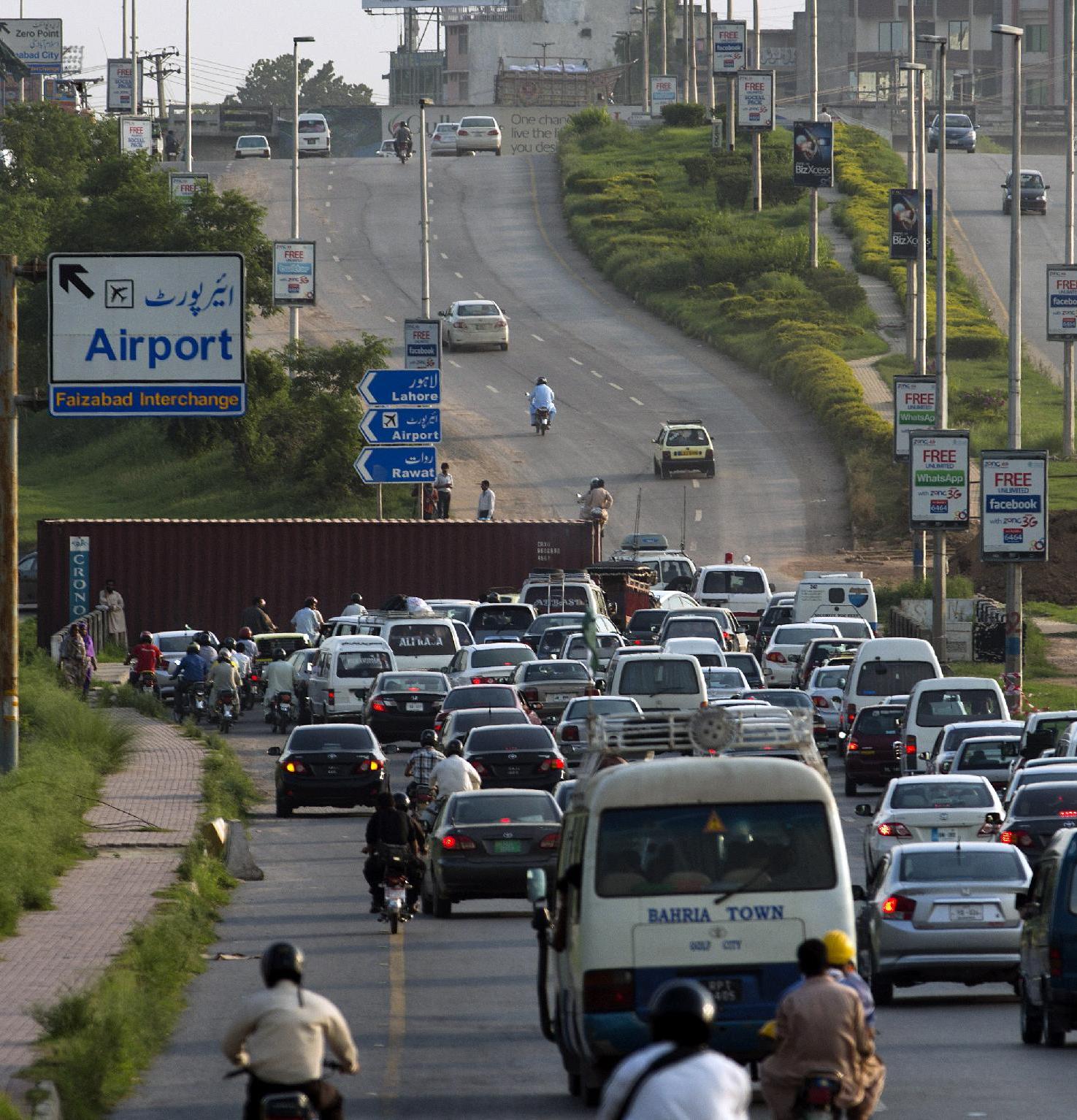