Huge anti-government demonstrations in Pakistan entered their second week with thousands of protesters surrounding and blockading — peacefully, so far — the parliament building in Islamabad. Two groups of protesters from different opposition parties first converged on the capital Aug. 15, demanding resignations of Prime Minister Mian Nawaz Sharif and his brother, Mian Shahbaz Sharif, the chief minister of the Punjab state. The public face of the demonstrations is the charismatic cricket star-turned-politician Imran Khan, leader of the Pakistan Tehreek-e-Insaaf party, which placed third in last year’s elections. The other party, Pakistan Awami Tehreek, led by a moderate Islamic cleric, Professor Allama Maulana Muhammad Tahir-ul-Qadri, won no seats at all in the vote.

You can spend your whole life in the container but Nawaz Sharif will not resign.

Khan claims that last year’s election — which marked only the second democratic passage of power in Pakistan’s six-plus decades of independence — was tainted by massive voter fraud. He has not, however, released any evidence to back the charges, which were not supported by international observers. Khan says he will make his evidence public only after the government resigns. The situation in Islamabad as night fell Friday was tense but not violent. The demonstrators scored a victory on Thursday as the Supreme Court denied the government’s request to order the protesters to disperse, but demonstrations around the country have been broken up by police, with many arrests. More than a dozen protesters were killed in a clash with police in June. Khan has been a controversial figure in Pakistani politics since 1996, when the PTI (whose name translates as “Movement for Justice”) was founded with the former captain of the national cricket team as its head. He and Sharif have clashed repeatedly in recent years, and — besides voter fraud — he has charged the government with corruption, nepotism and mismanagement of the economy.

With each passing moment, the delay in [finding a] solution increases the chances of instability and potential violence. 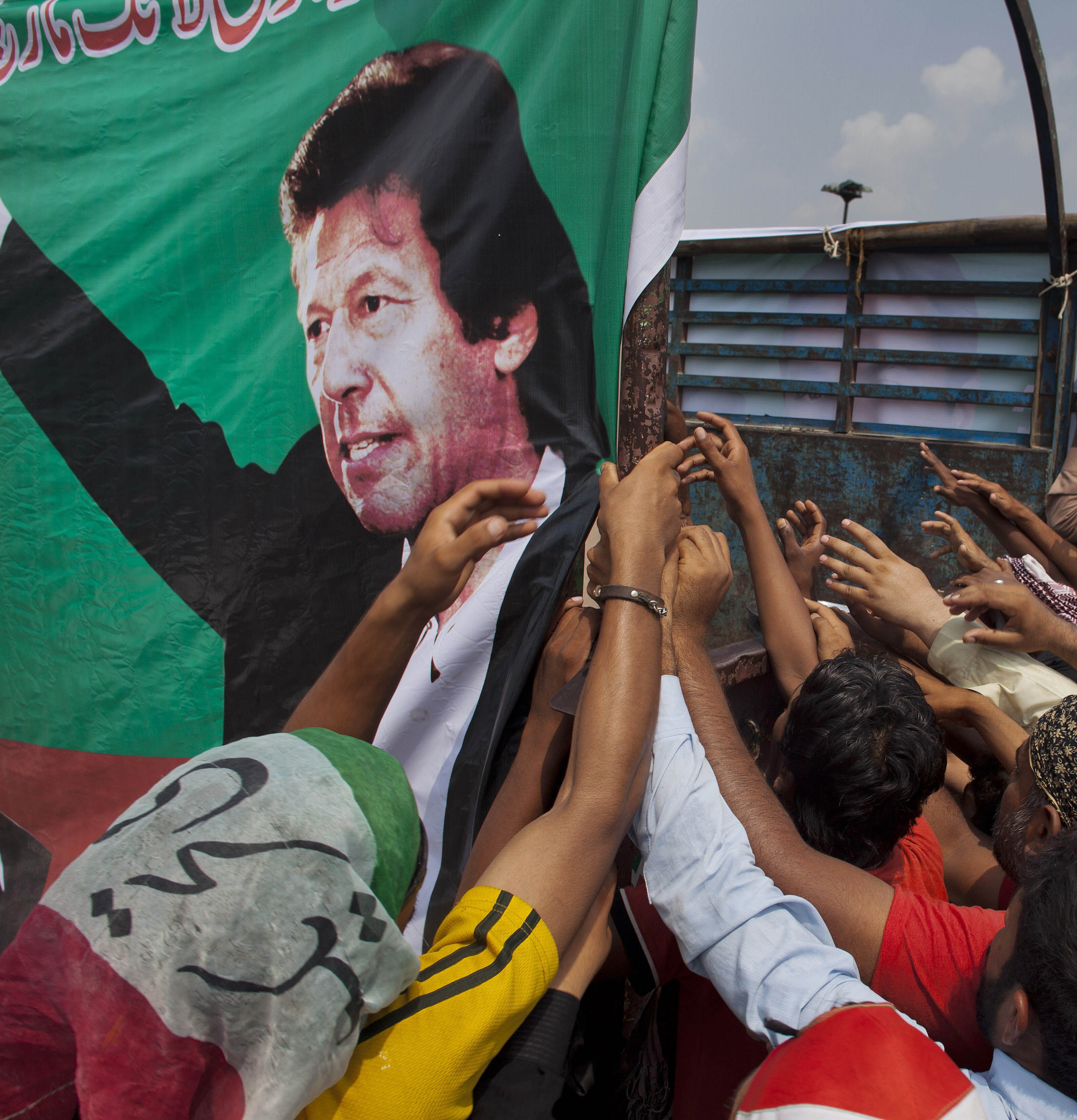