The United States demanded Russia withdraw its equipment and personnel from Ukraine after Moscow sent in a convoy of trucks on Friday in what Kiev called a “direct invasion.” NATO said Russian troops had been firing artillery across the border and within Ukraine in a major escalation of military support for pro-Moscow rebels since mid-August, a defacto charge that Russia was waging war on its former Soviet neighbour. Moscow, which has thousands of troops close to the Russian side of the border, warned against any attempt to “disrupt” what it said was a purely humanitarian operation; it did not say what action it might take if the Ukrainian military intervened.

Russia must remove its vehicles and its personnel from the territory of Ukraine immediately. Failure to do so will result in additional costs and isolation.

The United States and European Union have already imposed economic sanctions on Moscow and the Kremlin has retaliated; NATO has deployed extra troops in member states bordering Russia, including the Baltic states and Poland. Ukrainian President Petro Poroshenko described the entry of the trucks without Kiev’s permission as a “flagrant violation of international law.” But a senior security chief said Ukrainian forces would let them pass to avoid “provocations”. Kiev called on international allies to unite in “a decisive condemnation of illegal and aggressive actions” by Russia. Rasmussen also said Russia risked further international isolation, although Europe has been reluctant to step up sanctions due to trade ties and its use of Russian gas. 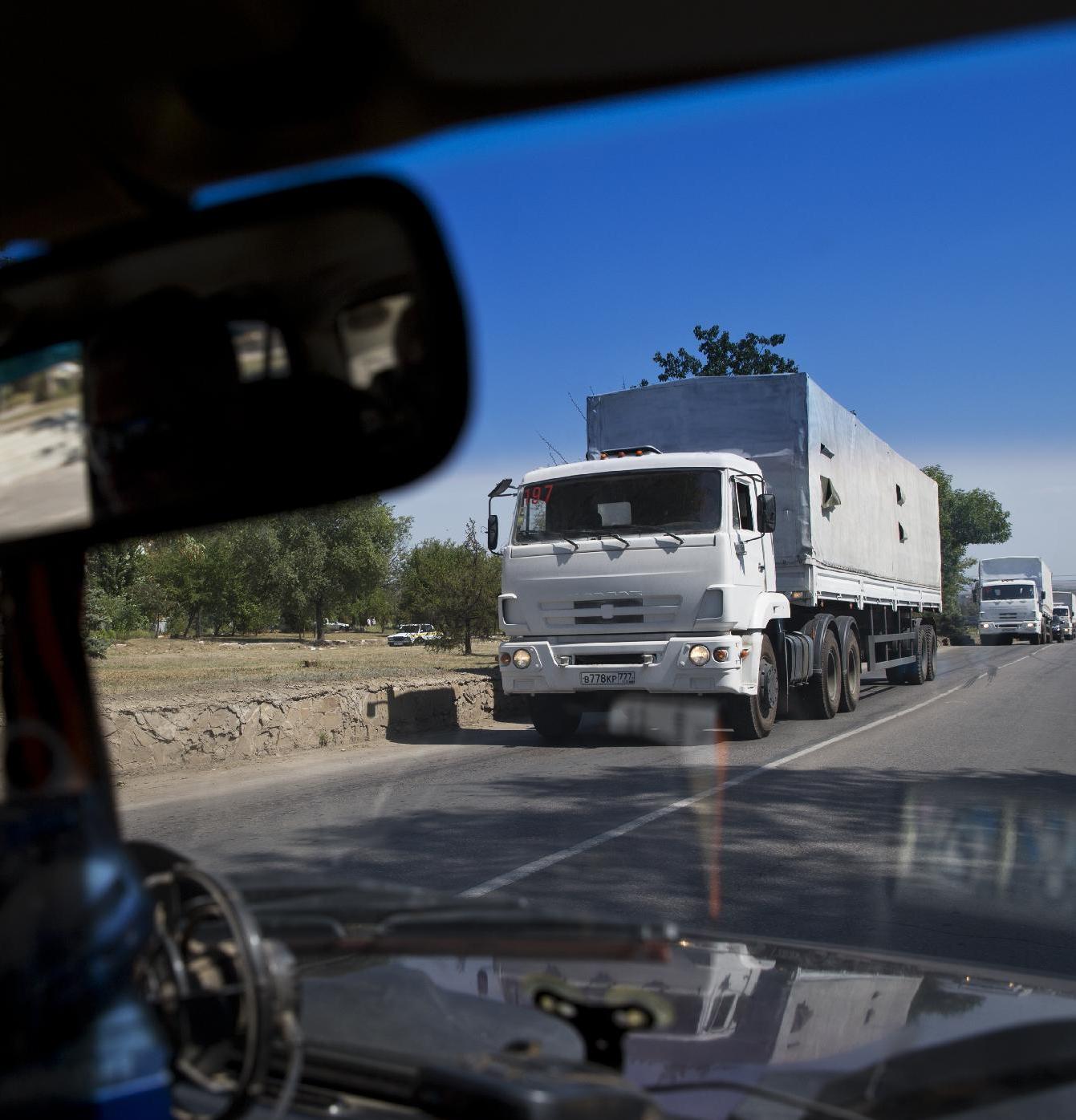