An Australian bookmaker sent a hot-air balloon that looks like Brazil’s Christ the Redeemer statue into the skies above Melbourne. The 46-metre Jesus balloon wore an Australia shirt with the words “#KeepTheFaith” on the back. With Australia facing a difficult World Cup group stage with matches against three very talented sides in Spain, the Netherlands and Chile, the flying Redeemer was sent aloft in an attempt to boost the nation’s spirits and get some valuable World Cup publicity. Some, however, were decidedly uninspired by the stunt.

One of the great statues in Rio is Jesus, and Brazil is a Catholic nation that takes its faith seriously and its football fanatically … You don’t exploit those things that are sacred to people simply for your own advertising reach. 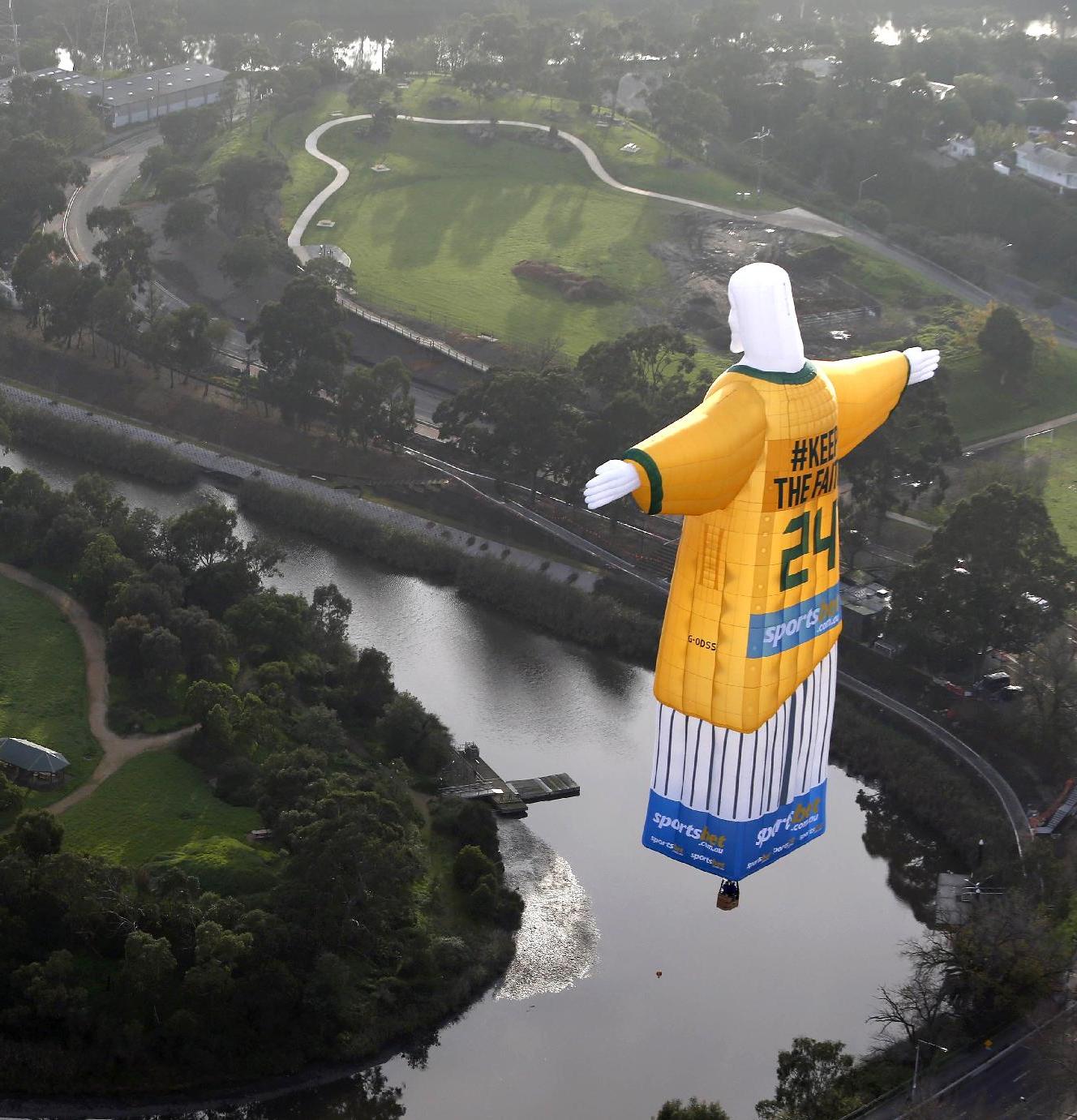