Delegates at a global AIDS conference which started in Melbourne on Sunday, vowed to renew efforts to end the deadly disease in honour of the commitment of colleagues killed when a Malaysian Airlines plane came down over Ukraine. At least six people on the flight, including Joep Lange, a leading light in the field of AIDS research, were heading to the AIDS 2014 Conference in Melbourne, according to the International AIDS Society (IAS) which organises the event. The number was much lower than earlier feared, with some initial reports indicating as many as 100 delegates had lost their lives on the flight.

The extent of our loss is hard to comprehend and express. Our colleagues were travelling because of their dedication to bringing an end to AIDS. We will honour their commitment and keep them in our hearts.

Barre-Sinoussi, who won a Nobel prize for her part in identifying the human immunodeficiency virus (HIV), said there would be a moment of silence during the opening ceremony to remember those who had died. Some 12,000 participants are due to take part in the conference, including former US president Bill Clinton.

The AIDS movement is a resilient movement. Even though there’s deep shock and grief, people will pull together and want to come back stronger.

Clive Ingleby, a British global adviser for health and HIV at the Voluntary Services Overseas 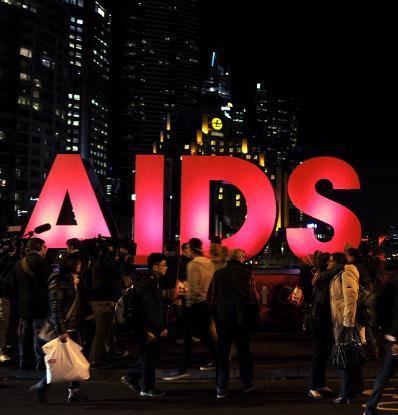