An 11-year-old Mexican boy who had been suffering from a massive tumor had the growth removed after a long surgery, a church said Tuesday. Kristean Alcocer of the First Baptist Church of Rio Rancho said Jose Antonio Ramirez Serrano underwent surgery Monday at the University of New Mexico Children’s Hospital to remove the tumor from his neck, shoulder and torso area. The surgery lasted more than 12 hours and involved 25 medical professionals, Alcocer said in a statement.

The road to recovery will be long, and many challenges still lie ahead for this young boy.

Kristean Alcocer of the First Baptist Church of Rio Rancho

In July 2012, U.S. Homeland Security Investigations assisted in picking up Jose and his parents from a neighborhood in Ciudad Juarez, Mexico — one of the deadliest cities in the world at the time because of the presence of drug cartels. Federal agents helped the family seek care for Jose after First Baptist Church members saw him during a missionary visit. After stories and images of the boy went viral, First Baptist Church officials reported a jump in donations to help him raise money for the surgeries. 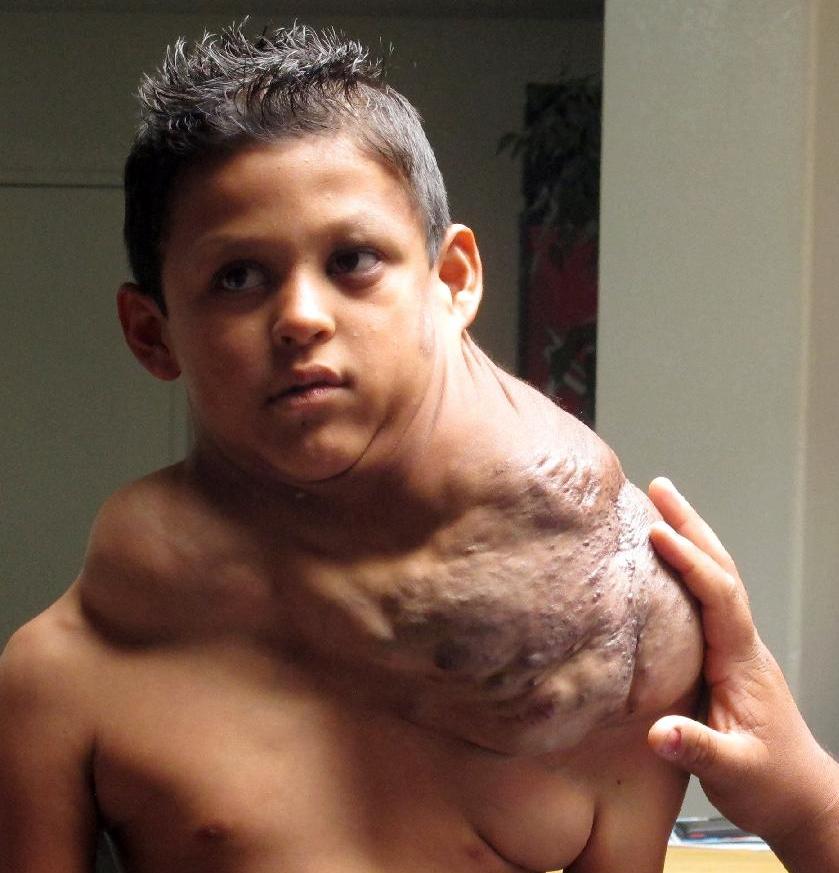