MH17 wreckage due in Netherlands today

Wreckage from Malaysia Airlines flight MH17 will arrive from Ukraine at a Dutch air force base today where the plane will be reconstructed as part of a probe into the crash. The convoy of lorries carrying pieces of wreckage from Ukraine is due to arrive at the Gilze-Rijen airbase in the south of the country at around 1300 GMT, the Dutch Safety Board (OVV) said in a statement yesterday. The Malaysia Airlines Boeing 777 was blown out of the sky on July 17 over rebel-held territory in eastern Ukraine, killing all 298 people on board, two-thirds of them Dutch.

The arrival of the wreckage at the air force base will not be of a ceremonial character and those attending will not be permitted to be present during the opening or unloading of the trucks.

A Dutch Safety Board statement

The convoy of trucks carrying pieces of the Boeing left Ukraine last week and will drive past next of kin on Tuesday who wish to see the wreckage arrive at the base, the OVV said. Ukraine and the West accuse Russia of supplying pro-Kremlin insurgents with the missile that shot down the jet, but Moscow and the separatists deny they were responsible and have instead pointed the finger at Kiev. Dutch authorities are charged with establishing exactly what brought the plane down and are reconstructing part of the aircraft as part of their probe. The reconstruction will be closed to the public, although next of kin will be allowed to see it if they wish. 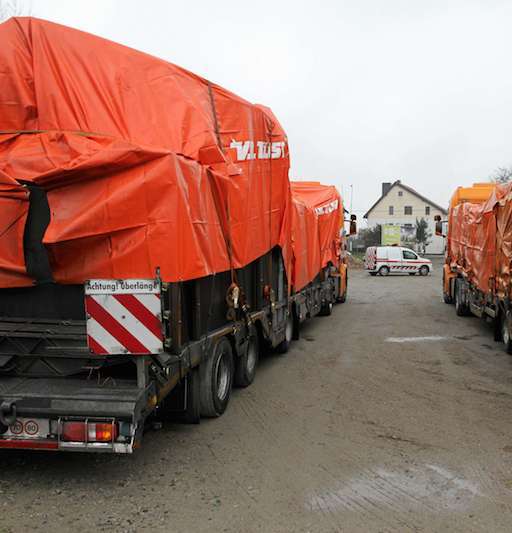