The armed wing of Hamas has threatened an imminent attack on Israel’s main airport in response to Israeli airstrikes on Gaza that have now reportedly killed 100 Palestinians. The Izz el-Deen al-Qassam Brigades warned they planned to fire rockets at Tel Aviv’s Ben-Gurion international airport through the course of the day. It urged airlines to divert their flights for the safety of their passengers. A spokesman for Israel’s Airports Authority said activity at Ben Gurion was briefly halted after an air raid siren sounded, but operations has since resumed.

In the light of Israel’s … attacks on the residents of Gaza Strip … The armed wing of Hamas movement has decided to respond to the Israeli aggression.

The Israeli army launched an offensive targeting Hamas militants in the Gaza Strip on Tuesday. Hamas health ministry spokesman Ashraf al Qudra was quoted by AFP as saying 100 Palestinians had been killed since then after 11 people were killed in airstrikes on Friday. Overnight the military bombarded the city of Rafah, killing six people. Five of them, including a seven-year-old child, died in a strike on the home of an alleged Islamist militant. According to Palestinian officials most of the victims over the past four days have been civilians, many of them children. 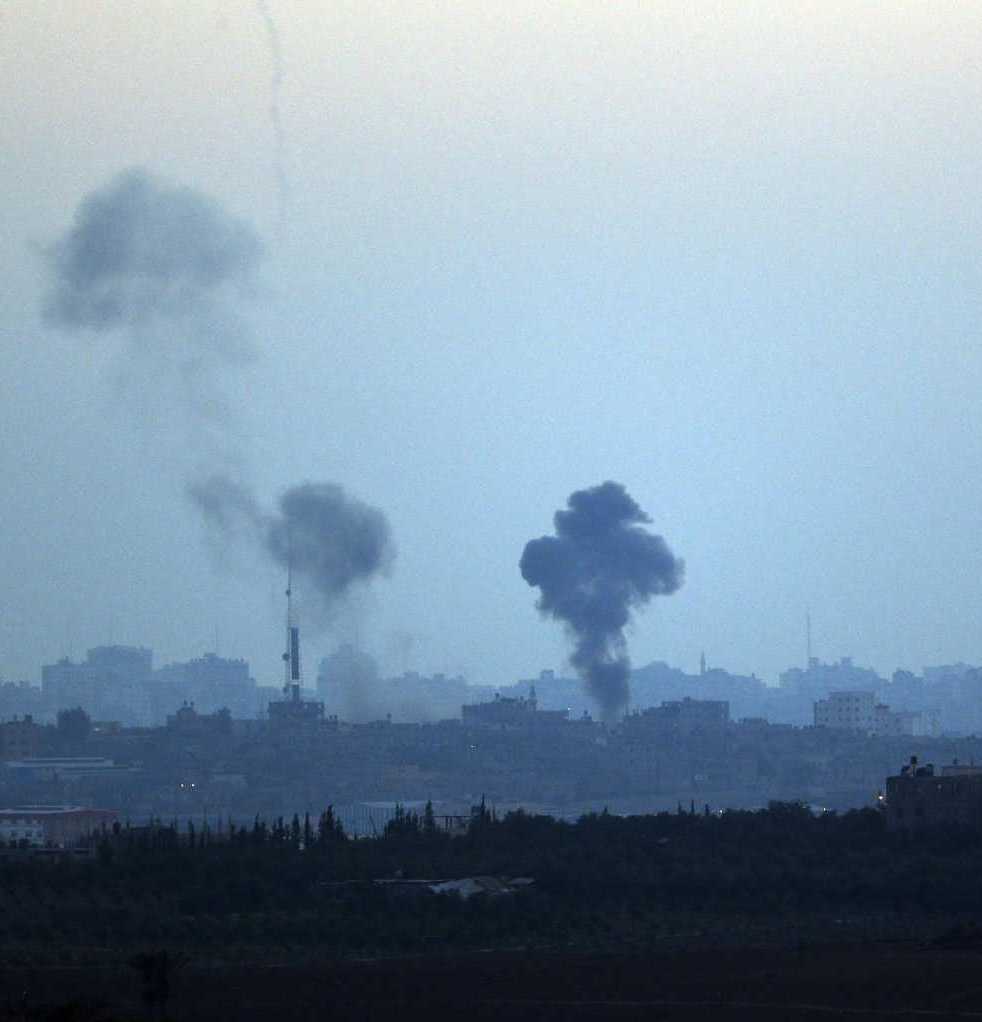