A major water main ruptured underneath a street near the University of California, Los Angeles on Tuesday, unleashing a 20-foot-tall geyser that flooded part of the campus and stranded motorists on surrounding streets. The water gushed across the north end of the campus for several hours, submerging athletic fields and pouring into an underground parking structure, where motorists were caught in water up to their wheel wells. No injuries were reported but athletic fields and possibly some classrooms likely suffered water damage. In all, about eight to 10 million gallons of water was wasted before the 93-year-old pipe, which carries about 75,000 gallons a minute, was shut down over three hours later. 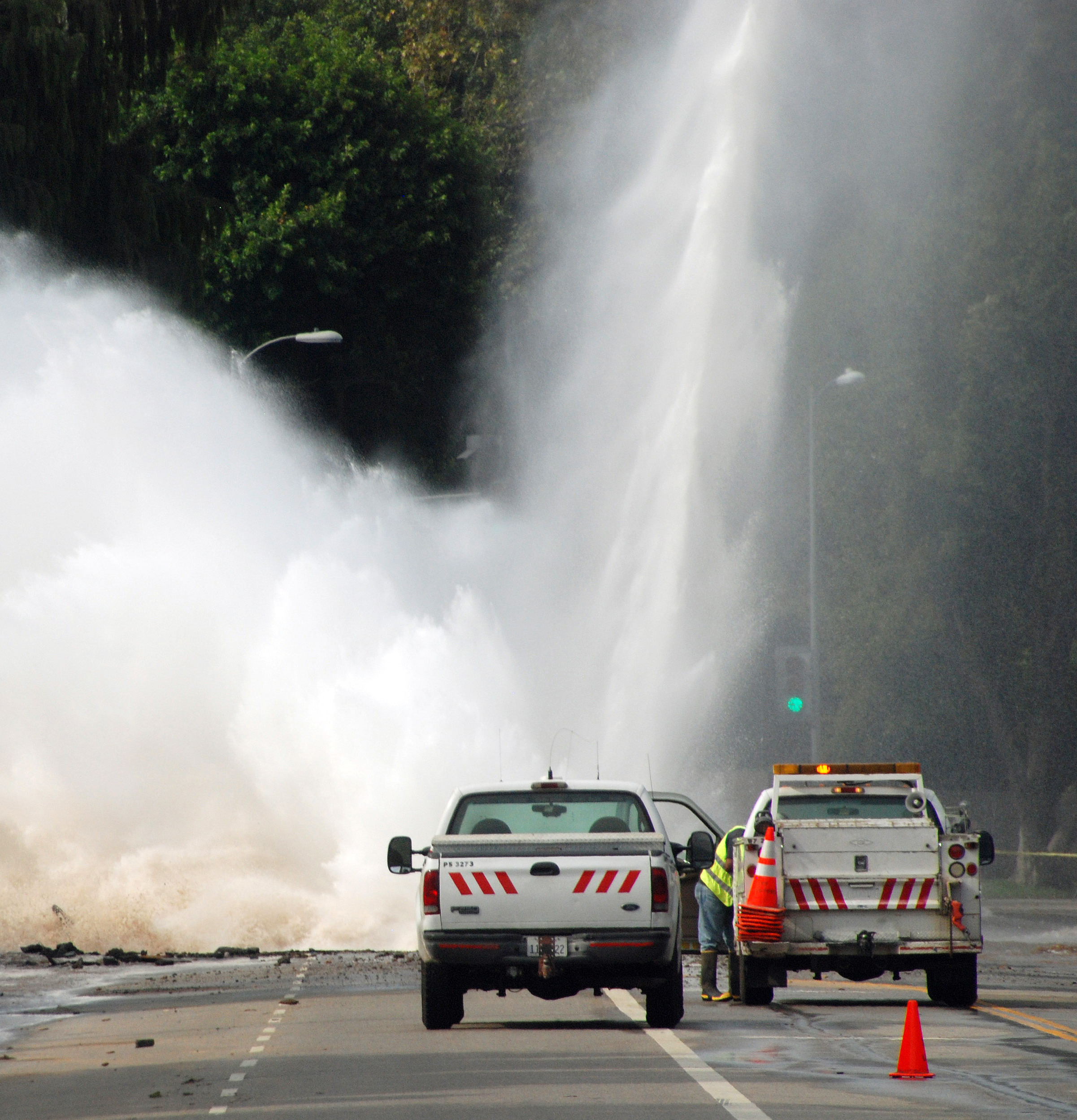