'Miraculous' story of survival as Swiss train derailed by landslide

A passenger train derailed into a ravine in a mountainous region of southeastern Switzerland after encountering a mudslide on the tracks, Swiss police said on Wednesday. Eleven passengers were injured after three train carriages came off the tracks near Tiefencastel, a village less than 50 kilometres northwest of the ski resort St. Moritz. It was the second accident in a week on Switzerland’s rail system, widely regarded as one of the safest in the world. On Monday, three Israelis were killed and five others seriously injured when their minibus collided with a train at a railroad crossing in a village in central Switzerland.

We all rushed to the back of the carriage to put all of our weight there, so that it didn’t tip into the abyss.

In Wednesday’s derailment, one of the passenger carriages fell 10 metres into a ravine, police said. Five people were seriously injured and another six sustained slight injuries. Among those injured were two people with Japanese nationality and one Australian, according to police. There were 140 people on board the train when the accident occurred following heavy rain in Switzerland overnight. The Albula train line, a popular tourist route that winds for 62 kilometres through mountainous terrain crossing though tunnels and over viaducts, is expected to stay closed for two days. 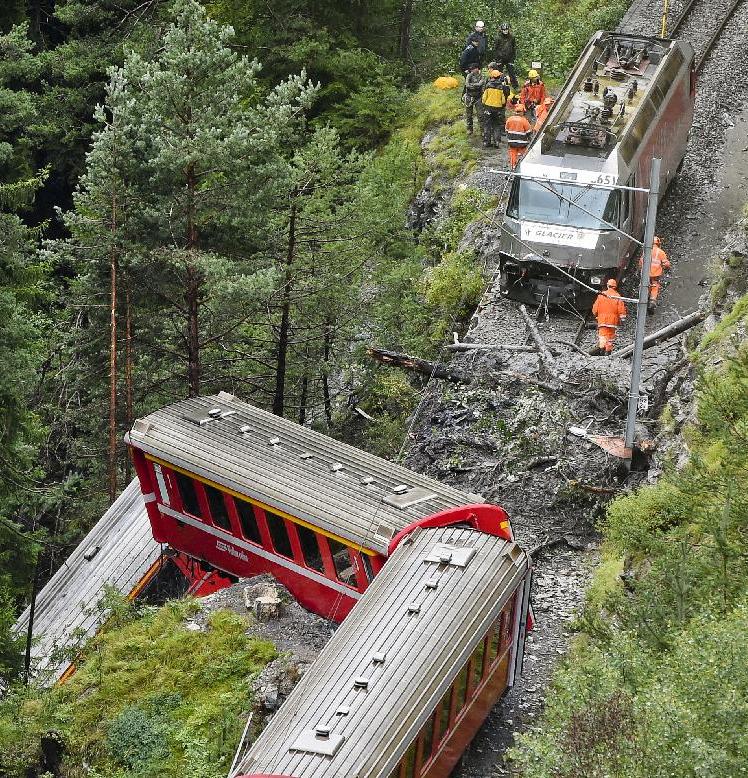