Mugabe says Zimbabwe VP plotting against him in cahoots with U.S.

Zimbabwean President Robert Mugabe on Saturday accused his vice president of plotting with the United States embassy to remove him. In a massive tent in an open field in the capital Harare, Mugabe told about 12,000 members of the ruling Zanu-PF party that his spies had followed Vice President Joice Mujuru to the U.S. Embassy, where he said she held secret meetings to plan his assassination. The three-day party congress also formalized First Lady Grace Mugabe’s position as leader of the Zanu-PF women’s league. The party congress re-elected the 90-year-old Mugabe to another five-year term as party president and authorized him to personally choose his vice president and other top party posts.

I am open to competition, but not when it involves taking me out the Kabila way.

Robert Mugabe, referring to the former Congo leader Laurent Kabila, who was assassinated by a bodyguard in 2001

Mujuru, once a freedom fighter in Mugabe’s guerrilla army known by the nom de guerre “Spill Blood” in the local Shona language, is now a political outcast accused of conspiring with witches and foreign agents to remove the president. Mujuru, who became a member of the cabinet at the age of 25 when Mugabe was elected president in 1980, was removed as the party’s vice president during the congress. Mugabe will announce Mujuru’s successor later this week. A front-runner is Justice Minister Emmerson Mnangagwa, who suffered the same treatment as Mujuru a decade ago but is back in favor.

Allegations made about the activities of the U.S. Embassy in Zimbabwe are baseless and do not merit a response. The United States remains a steadfast friend of the Zimbabwean people. 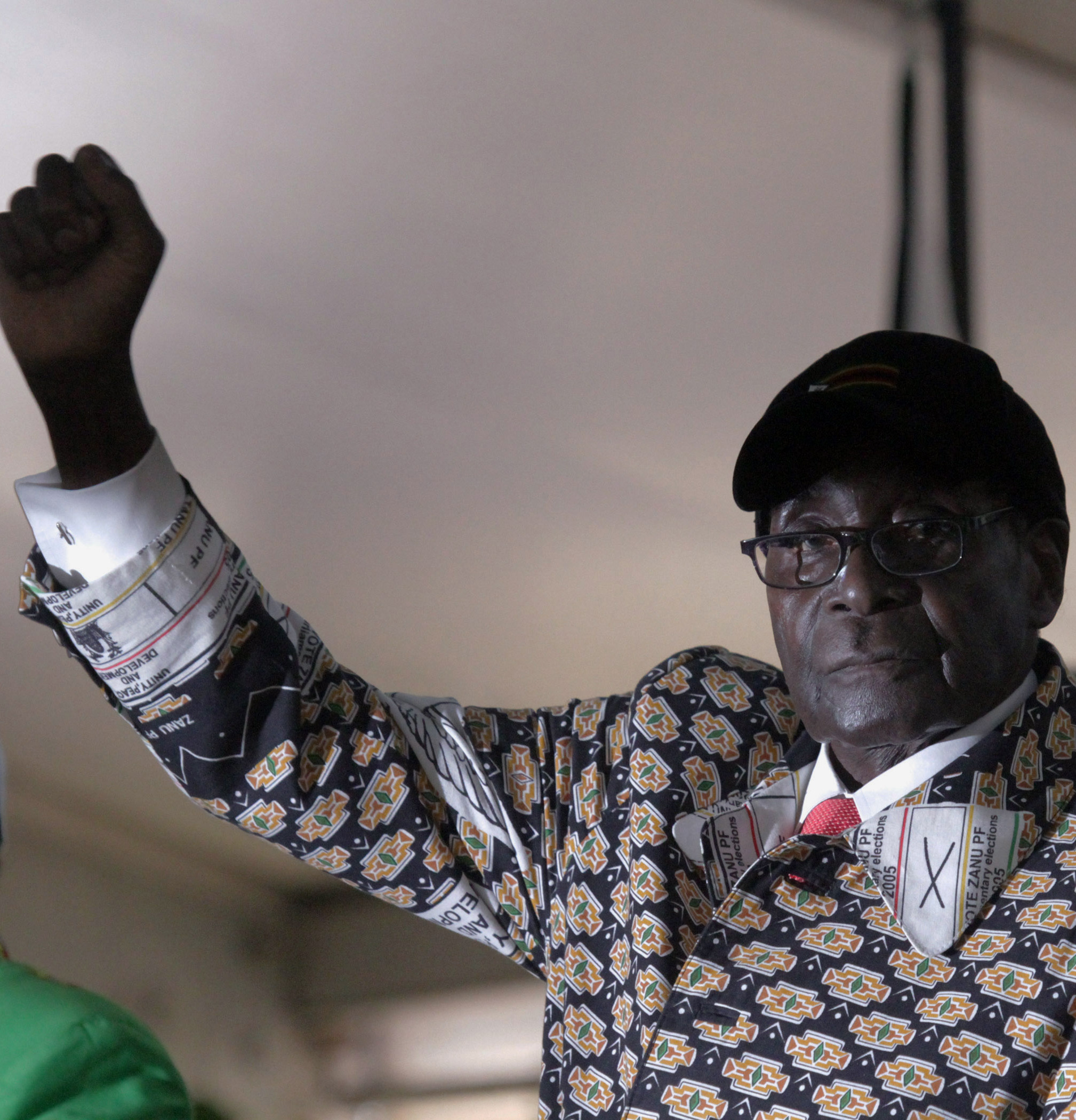