Mourners in New York held a funeral on a rain-soaked Saturday for a black man shot dead by a white patrol officer in a dimly lit stairwell, but streets were mostly quiet after three nights of demonstrations against police violence. The shooting of Akai Gurley, 28, at a public housing project last month was the latest in a series of killings that have outraged protesters who see a pattern of excessive force being used by law enforcement against African-Americans. A dozen protesters lay down again on the floor in New York’s Grand Central Terminal in one of the now-familiar “die-ins” featured in the wave of protests this week. Protesters and police alike have showed restraint and no major violence has flared.

You know in this neighborhood you’ve seen a lot of police brutality to the point where we’re just fed up.

Clinton Jordan, a resident of the Louis H. Pink housing project, where Gurley was shot

Meanwhile, the mother and widow of Eric Garner, whose chokehold death sparked protests across the country, said Saturday they’ve been moved by the thousands of peaceful demonstrators who have taken to the streets after a New York City grand jury declined to indict the white officer involved. Demonstrators around the country have mobilised since the Garner grand jury’s decision Wednesday, which closely followed a Missouri grand jury’s decision not to indict a white officer in the fatal shooting of Michael Brown, an unarmed black 18-year-old.

It is just so awesome to see how the crowds are out there. I was just so proud of that crowd. It just warmed my heart. 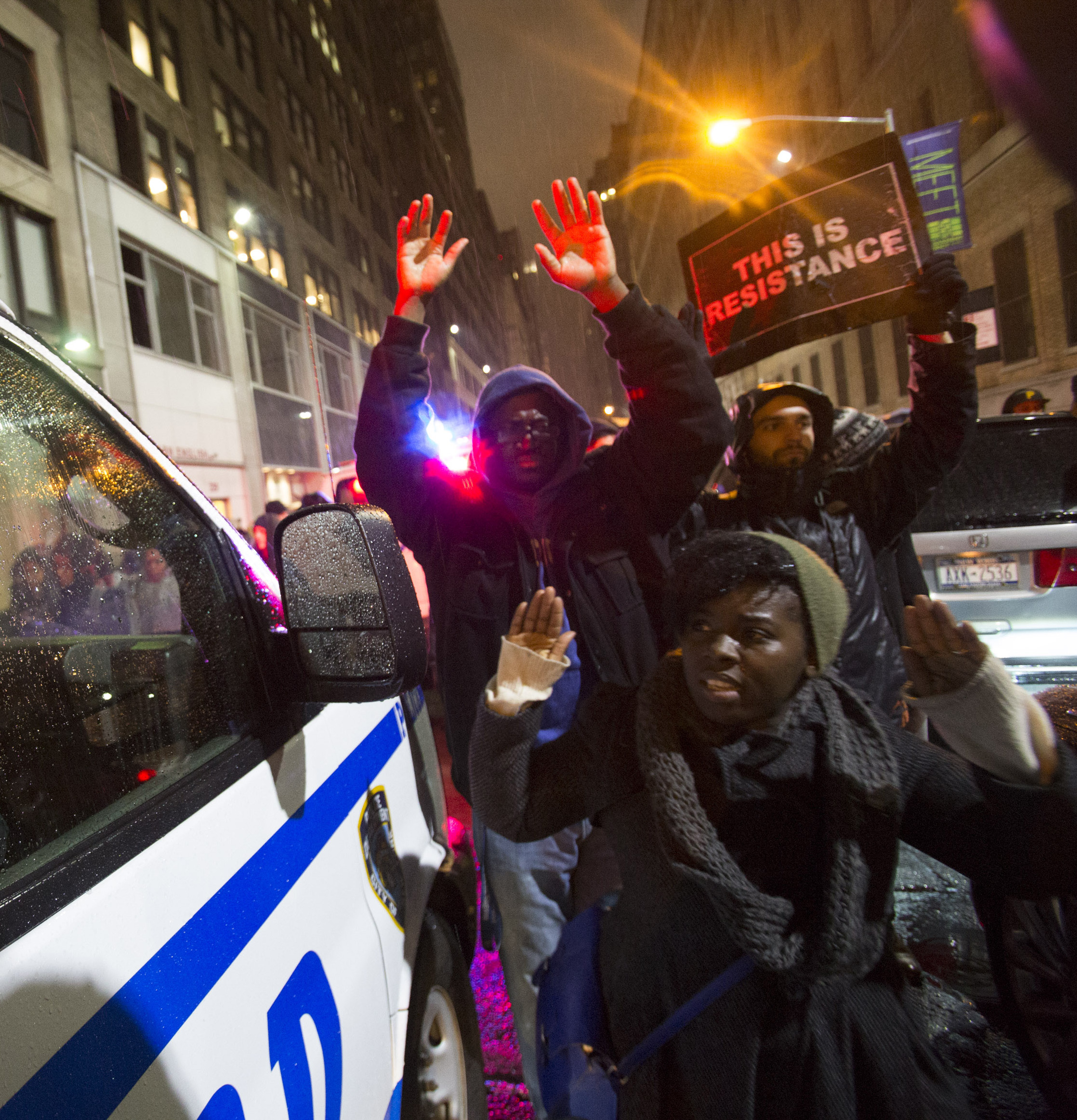