Namibians voted on Friday in a general election billed as Africa’s first e-vote, with the ruling party expected to retain power in the country it has run since independence. Polling nationwide began with voters standing in long lines before daybreak including some first-time “born free” voters — those born after Namibia gained independence from South Africa in 1990. The ruling South West Africa People’s Organisation — better known as SWAPO — was forged from the embers of the anti-colonial and anti-apartheid struggle and has won every election in the 24 years since Namibia’s independence.

It’s a rich country with poor people, so I hope there is more balance.

Other African nations such as Kenya have run pilot or limited e-voting, but none have done so on this scale. With each vote, the chunky green and white machines emitted a loud “beep!” “The younger people get it first time, but the older ones you have to explain a little,” said presiding officer Hertha Erastus. At other stations, independent observers noted significant delays and long queues when the machines malfunctioned. Namibians will choose 96 members of the national assembly and one of nine presidential candidates. Current prime minister Hage Geingob (pictured above) will almost certainly be named the next president after the election. 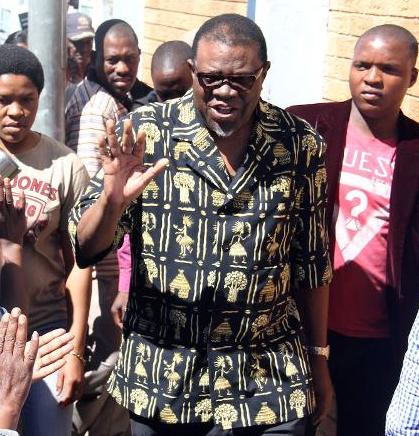