Russian naval vessels staged a drill in the English Channel on Friday, according to a state news agency. RIA Novosti reported that the Northern Fleet squadron, lead by the anti-submarine ship Severomorsk, had passed through the Straits of Dover after a week of exercises in the North Sea. They were watched by the patrol ship HMS Tyne and complied with all orders as the stayed clear of British territorial water. “We are aware that four Russian naval ships have passed through the Dover Strait from the North Sea into the English Channel, which all ships have the right to do under international law,” the UK’s Ministry of Defence said.

While it is anchored the crew are undertaking a series of exercises on how to tackle … infiltrating submarine forces and are training on survival techniques in the case of flooding or fire.

The four ships moved into neutral waters at Seine Bay to wait for a storm to pass. The Russian task force announced it was off the northern coast of France just days after President Francois Hollande said he would not hand over a helicopter carrier being built for the Russian Navy. France had been under pressure from allies for months to scrap the $1.5bn contract because of Russia’s actions in Ukraine, which have resulted in tough economic sanctions being imposed on Russian President Vladimir Putin. A Russian crew was already aboard the first of the two French-made ships, to be named Vladivostok, in Saint-Nazaire to begin the process of familiarisation. Construction of the second vessel, to be named after the Crimean port city of Sevastopol, is understood to remain on track. Russia has threatened to sue if the vessels are not delivered. 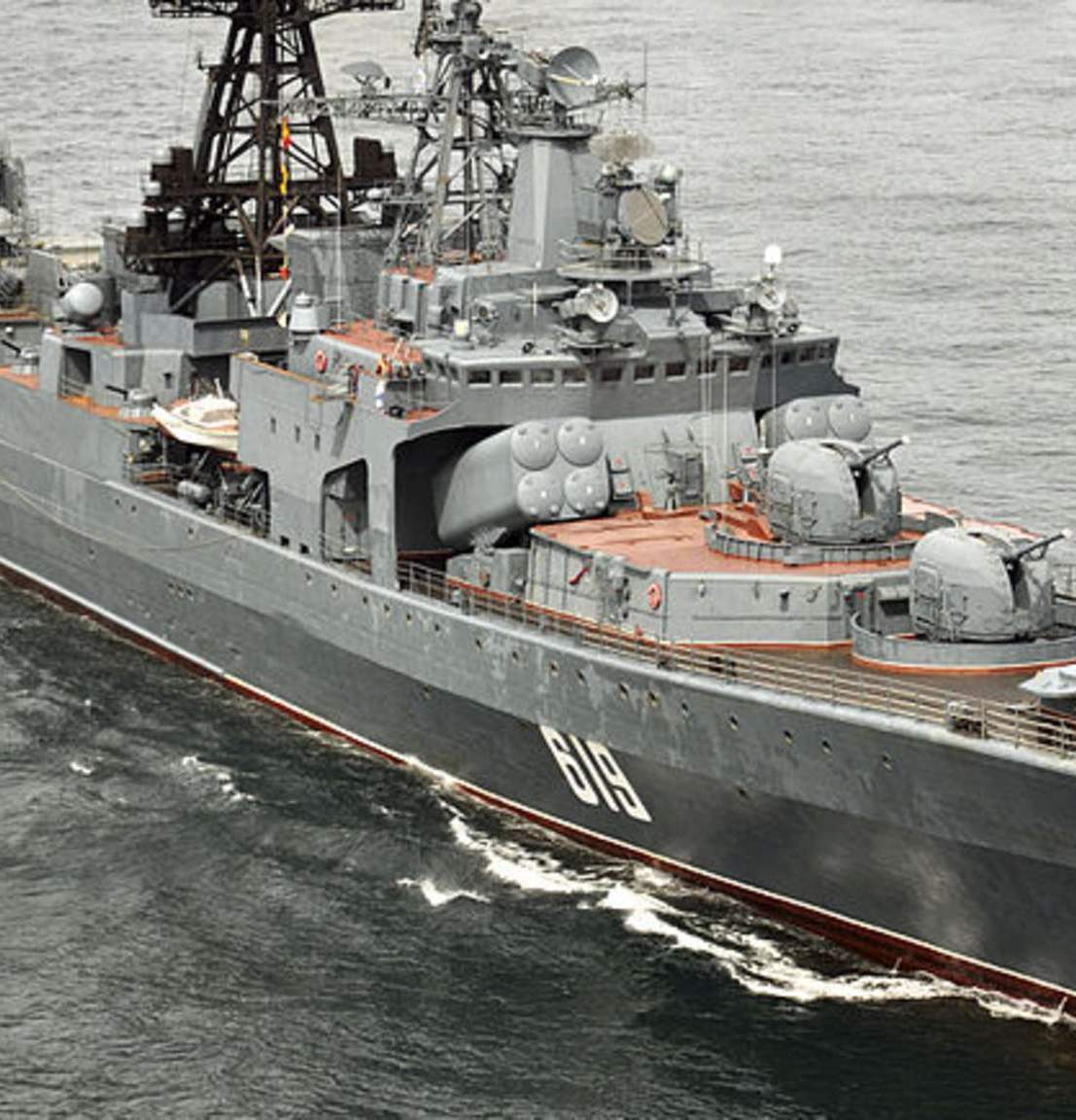