An American probe that will explore Pluto woke up from its slumber Saturday, after a nine-year journey to take a close look at the distant body for the first time. During its mission, New Horizons will collect data on Pluto’s topography and its largest moon Charon, giving astronomers an up-close look at the dim surfaces that are difficult to see from Earth. After New Horizons finishes its six-month investigation of Pluto, it will pass near other objects in the Kuiper Belt, a vast ring of debris left over from the solar system’s birth 4.6 billion years ago.

New Horizons is healthy and cruising quietly through deep space, nearly three billion miles from home, but its rest is nearly over.

Pluto is about 2,300 kilometers in diameter, smaller than Earth’s moon, and has a mass about 500 times less than Earth. Pluto and its five moons circle the sun every 247.7 years. In 2006, the International Astronomical Union withdrew Pluto’s status as a planet given its small size, reclassifying it as a dwarf planet and leaving the solar system with eight planets. 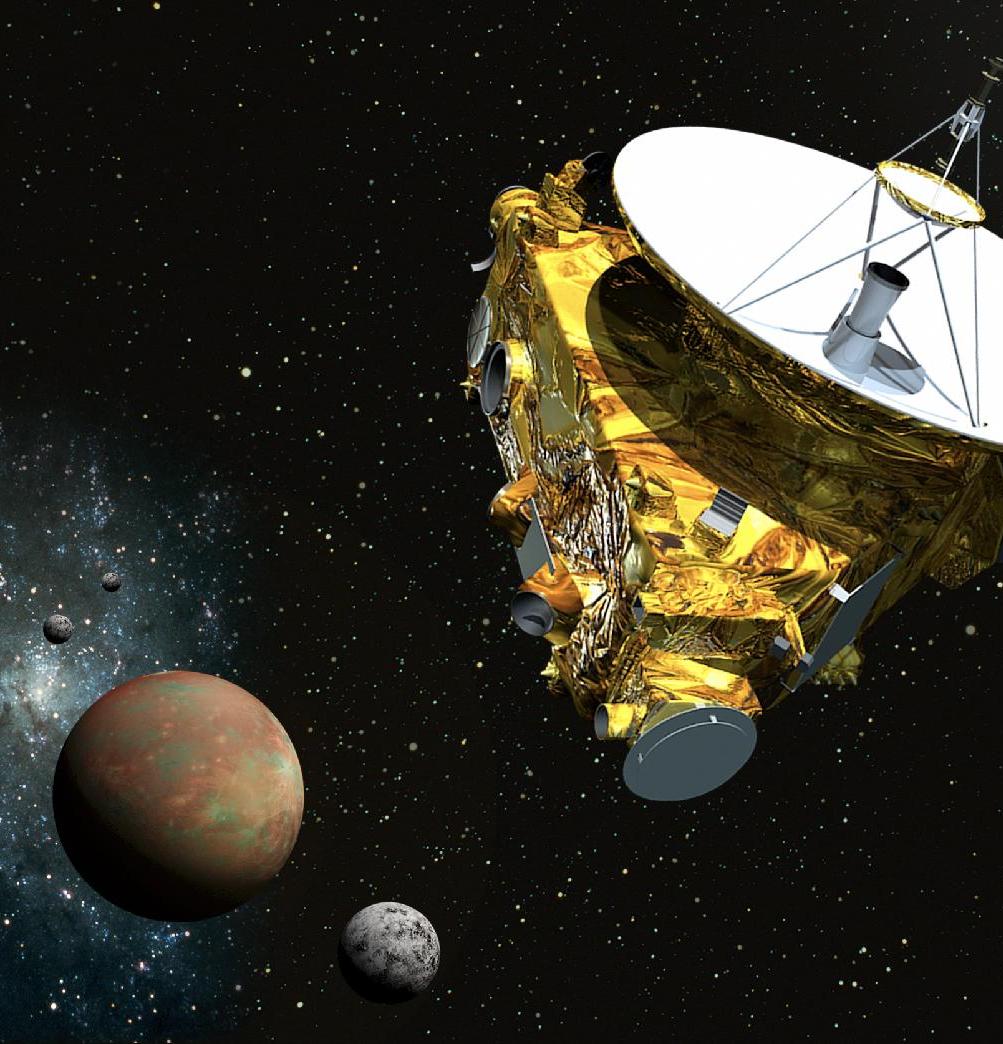