Driving NASA’s Modular Robotic Vehicle (MRV) looks out of this world - and the leading space agency says this might one day be a possibility. A future version of the MRV two-seater prototype could be used to travel across other planets. Developed at NASA’s Johnson Space Center in Houston, Texas it’s a fully electric vehicle which the agency say is well-suited for busy urban environments. There are no mechanical linkages to the propulsion, steering, or brake actuators, so the driver can use control inputs that are converted to electrical signals and transmitted by wires to the rover’s motors.

This two-seater vehicle was designed to meet the growing challenges and demands of urban transportation.

MRV is driven by four independent wheel modules called e-corners. Each e-corner contains a redundant steering actuator, a passive trailing arm suspension, an in-wheel propulsion motor, and a motor-driven friction braking system. Each e-corner can be controlled independently and rotated 180 degrees. According to NASA, the technologies developed in MRV have direct application in future manned vehicles undertaking missions on the surface of Earth’s moon, or Mars. MRV also provides a learning platform to help develop future conventional cars. 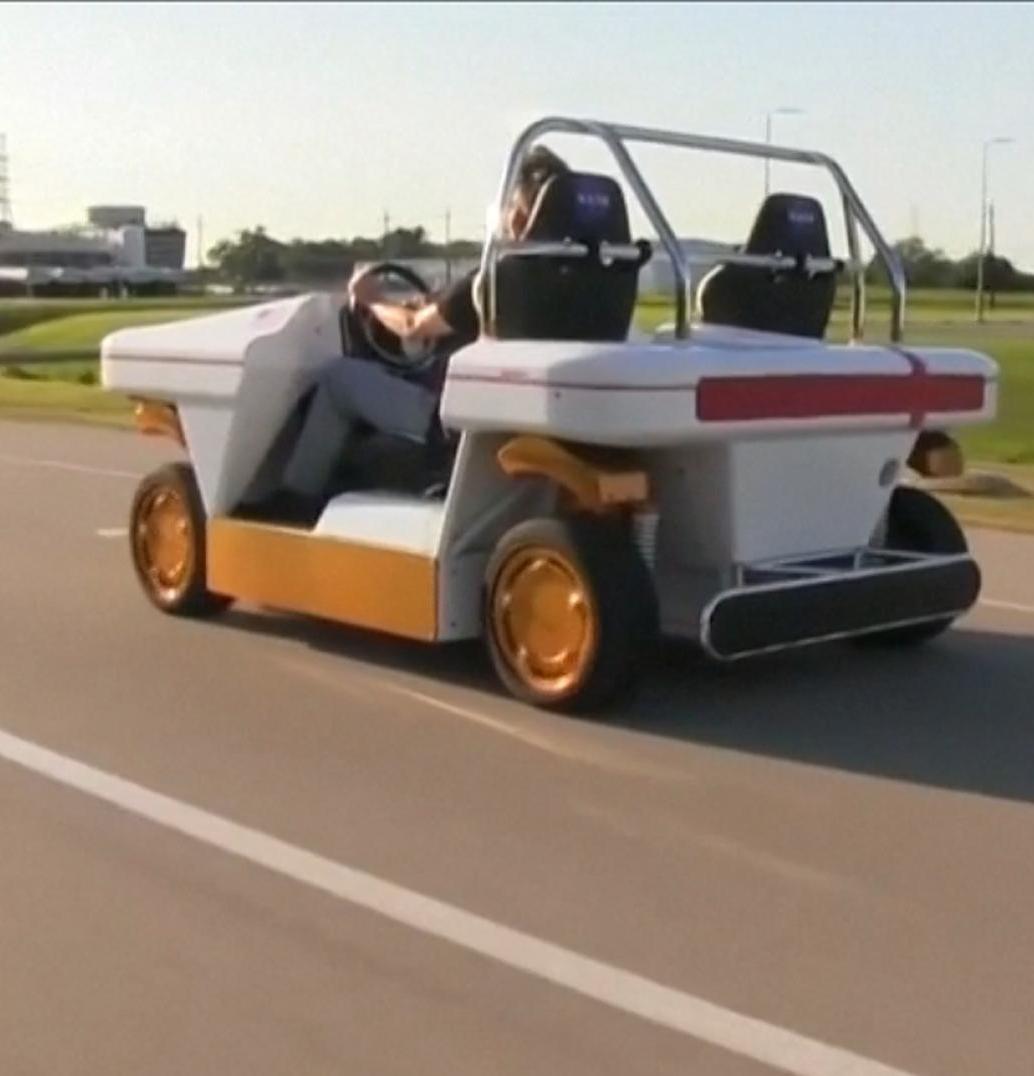