The debate over who has copyright over a selfie taken by a monkey has finally been settled. In a rare update to the US Copyright Office’s (USCO) guidance – the last rulebook was published 30 years ago – the office said an animal, ghost or god cannot hold a photograph’s copyright. The selfie controversy flared last month when photographer David Slater came across a crested black macaque during a trip through an Indonesian national park.

The office will not register works produced by nature, animals or plants.

The monkey ended up taking a photo using Mr Slater’s camera (pictured above), which later appeared on Wikimedia’s database of free photos for public use. Mr Slater demanded the photo be taken down, saying it was his photo. The claim was disputed by Wikimedia, and the new rules from the USCO appear to support their stance. The rules even use the example of “a photograph taken by a monkey” as an example of work that would not be covered by copyright. 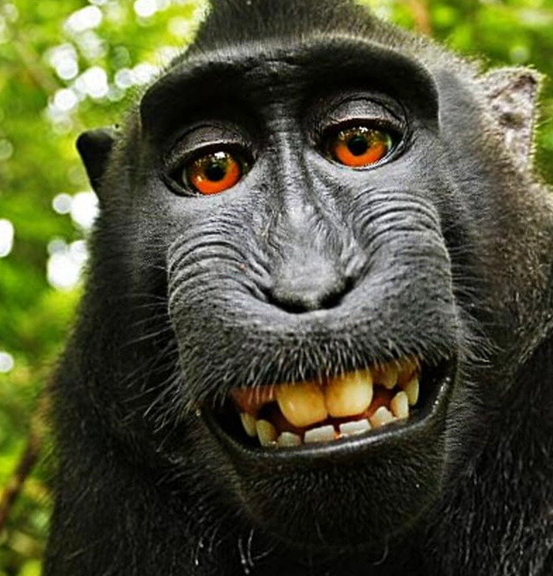