Palestinian militants in Gaza City executed 18 men today for allegedly helping Israel in its six-week assault on the territory, Hamas TV reported. Six them were grabbed from among hundreds of worshippers leaving the city’s largest mosque by men in the uniform of Hamas’s military wing, the Ezzedine al-Qassam Brigades, witnesses told AFP. They were pushed to the ground. One of the masked men shouted: “This is the final moment of the Zionist enemy collaborators,” then the gunmen sprayed them with bullets.

Israel has a long and successful history of recruiting collaborators and informers both in the West Bank and in the Gaza Strip, and they do so through a variety of different means: sometimes it is financial inducements; other times it is blackmail, bullying, threats, promises [and] maybe intimidating family members.

Earlier, another witness saw 11 people shot dead in a square near the remains of Gaza police headquarters, bombed by Israeli warplanes. An 18th person was shot in front of bystanders in a separate incident nearby. The Hamas-linked website Majd, said the 11 were killed after they “gave information to the Zionist enemy.” On Thursday, Majd said three men had been put to death and seven arrested by Hamas’s military wing for allegedly reconnoitring targets for Israeli strikes. 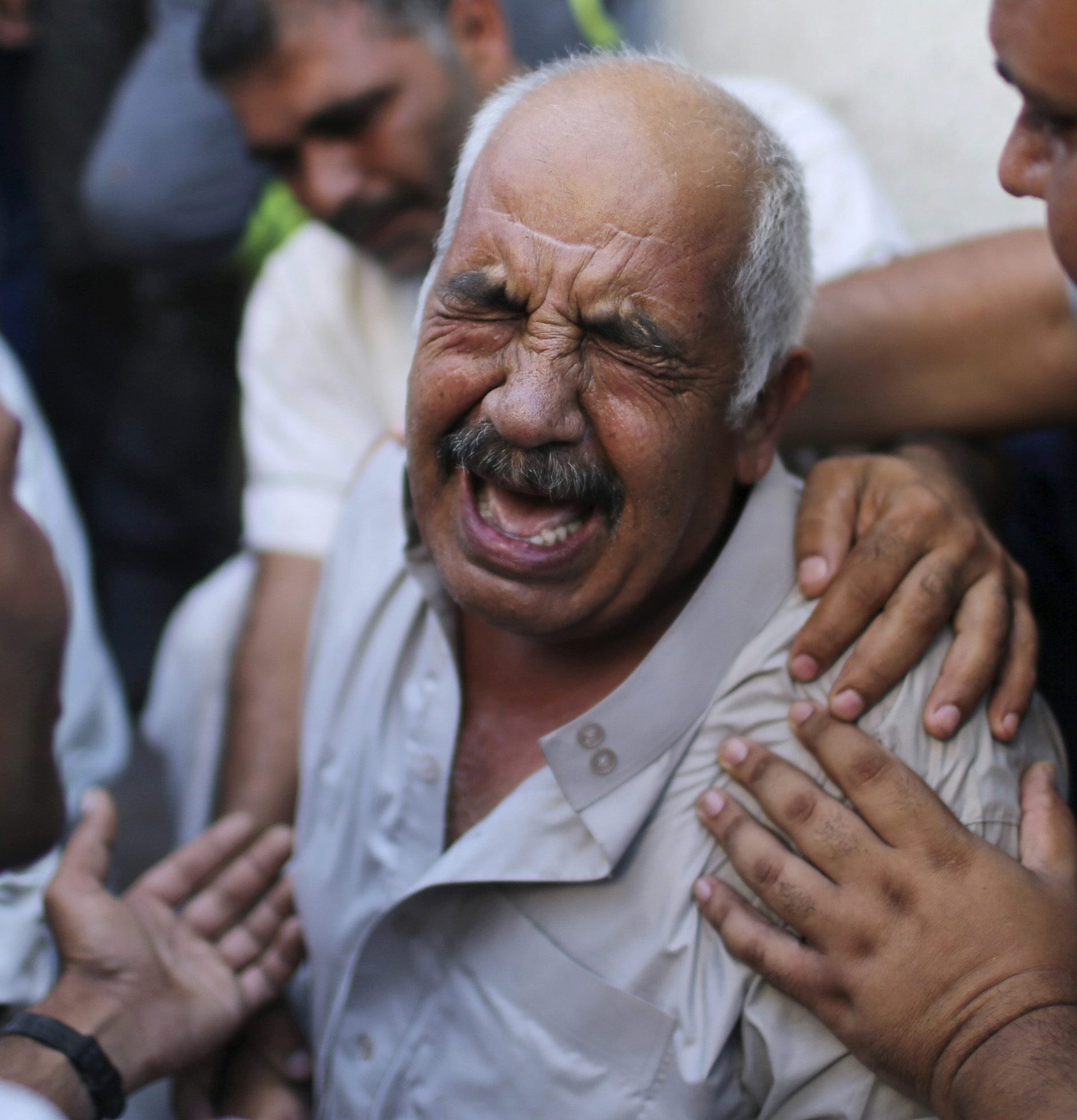