Ukraine has claimed 90 trucks from a Russian aid convoy have crossed into the country without permission in a “direct invasion”. It had been agreed the lorries would only be allowed into eastern Ukraine if they were escorted by the International Red Cross. But the charity has pulled out after not receiving enough security guarantees as fighting continues to rage. The vehicles are carrying water, generators and sleeping bags reportedly intended to help civilians in the city of Luhansk, where pro-Russian separatist fighters are besieged by Ukrainian government forces.

They passed into Ukraine without clearance or participation of the International Red Cross or (Ukrainian) border guards.

The trucks, among a 280-lorry convoy, had been held at a border crossing for a week amid suspicions by Kiev that the mission was being used as a cover for an invasion by Moscow. But dozens of the Russian vehicles have now moved into the east of the country despite both sides in the months-long conflict ignoring pleas for a ceasefire. The transit comes as the Ukrainian president said he would tell Russia’s Vladimir Putin to rein in pro-Moscow separatists, when the two leaders meet next week. Petro Poroshenko said he would tell President Putin that Ukraine had “a strong country, a strong army” behind him. 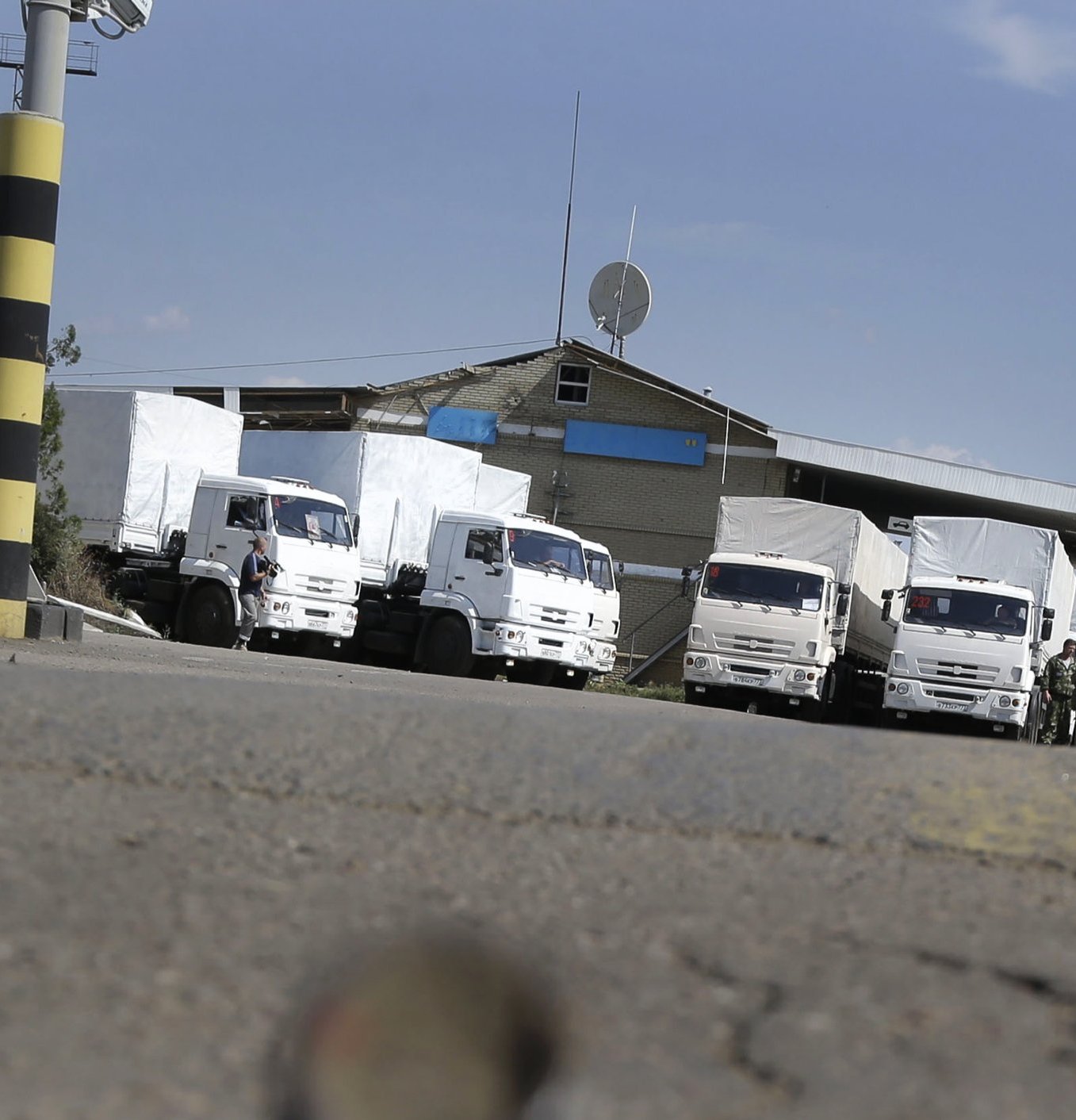