Not pinching pennies: This is how Bill Gates holidays

When one of the world’s richest men goes on holiday, he does it like no one else. The New York Daily News captured some photos of Gates aboard The Serene – the third most expensive yacht in the world, which he’s renting from Stolichnaya vodka distributor Yuri Scheffler. In addition to its 12 staterooms, the 450-foot, seven deck vessel also comes equipped with its own saltwater pool, climbing wall, library, health spa, outdoor theater and even a nightclub spread out over the boat’s combined 48,000 square feet. Though he does not own a yacht himself, Gates seems to be a fan of them. In 1994, he was married on a yacht belonging to his fellow Microsoft co-founder Paul Allen. Allen famously bought his own mega yacht a few years ago for $200 million, the Octopus. Still, even if Gates doesn’t own his own yacht, his choice of vacation rentals certainly trumps that of Bill and Hillary Clinton, who were in the spotlight on Friday after it was revealed they were renting an $18 million Hamptons estate for about $30,000 per week. 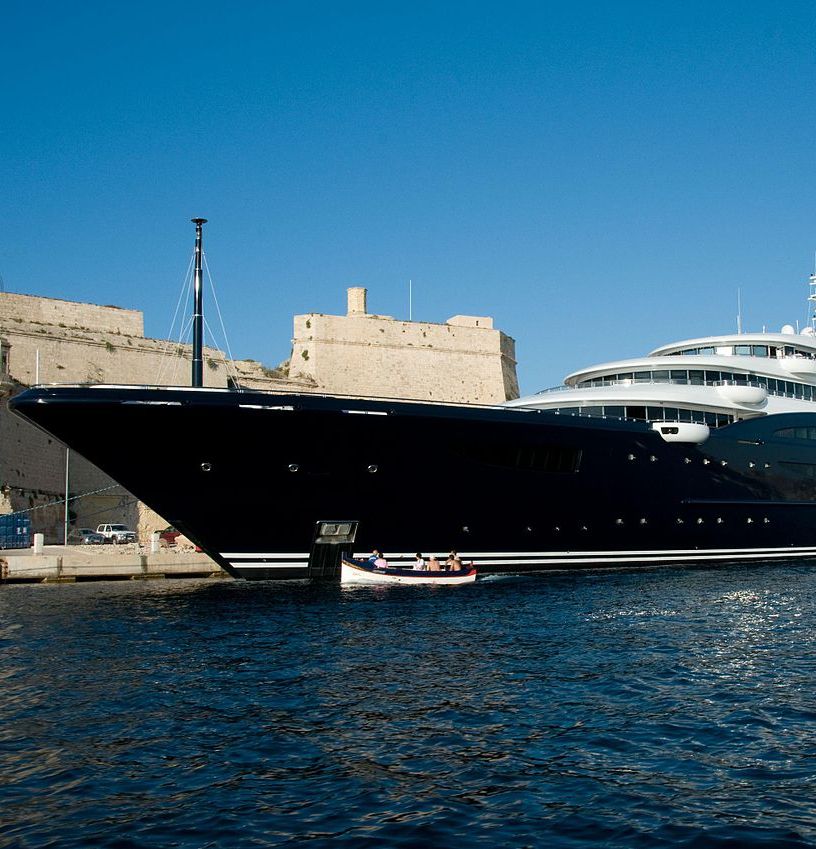