One dead, over a million evacuated as Typhoon Halong slams into Japan

A weakened typhoon slammed into Japan early Sunday, leaving one person dead, more than 30 injured and prompting evacuation alerts for some 1.1 million residents near swollen rivers. Tropical Storm Halong disrupted land and air traffic just as Japan began its annual “Obon” Buddhist holiday week. The storm slowed down as it made two landfalls—over Shikoku Island and Hyogo prefecture in western Japan—and is on track to move out into the Sea of Japan later Sunday. It is forecast to further lose strength in the next 12 hours. Japan’s Meteorological Agency issued the highest alert for heavy rain in Mie prefecture in central Japan, prompting two towns to order more than 500,000 residents to move away from swollen rivers. Another 600,000 people were advised to evacuate across the country. In Iwate, northern Japan, a 78-year-old man was found dead late Saturday after plunging into a swollen irrigation canal at his farm. More than 200 flights were cancelled, stranding thousands of holiday-makers at airports around the country. The storm is expected to dump 30 centimetres of rain in central Japan by Monday morning. The meteorological agency warned of landslides and floods. 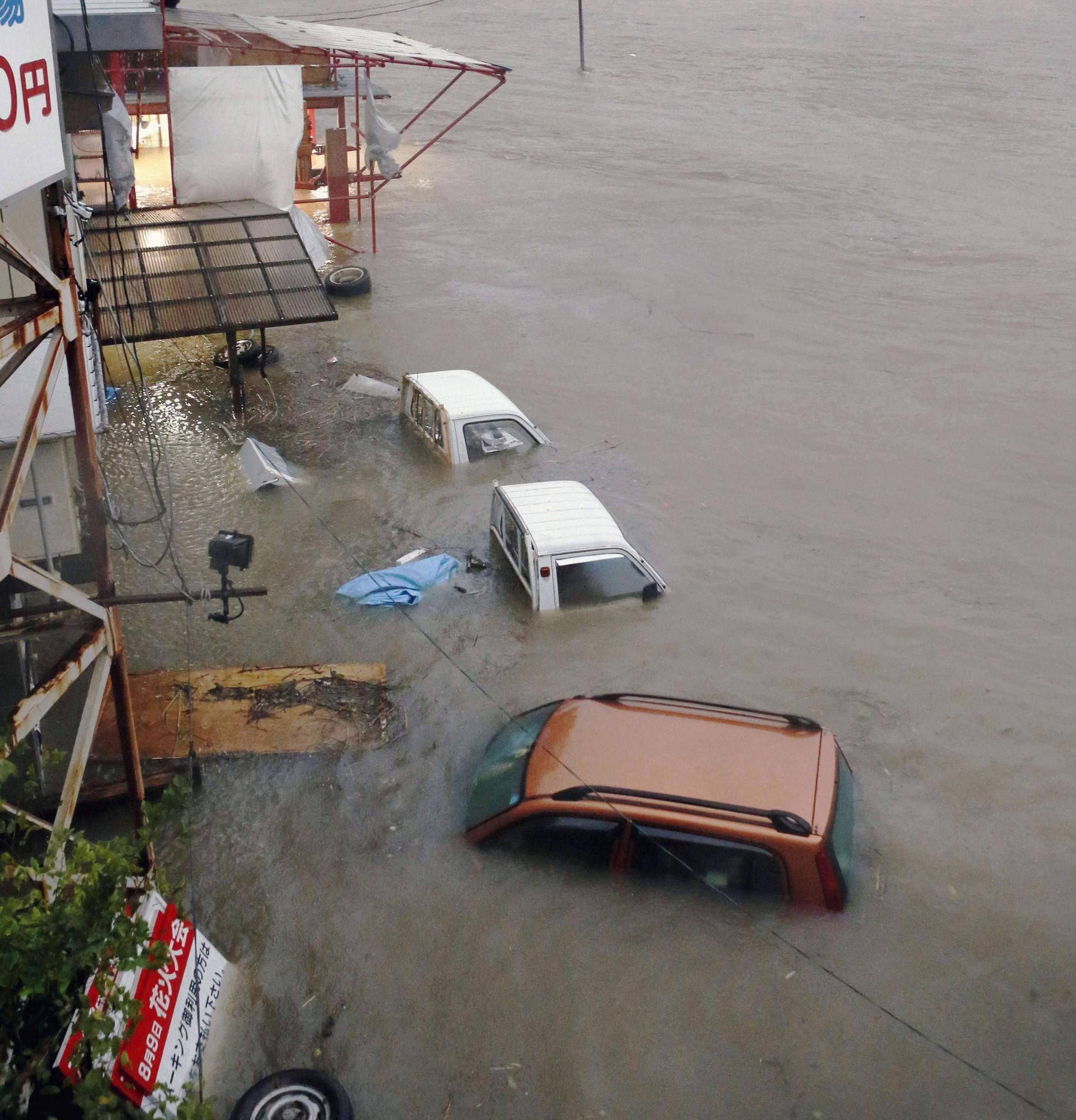