The head of Uruguay’s football association has said there is not enough evidence for FIFA to “truly sanction” Luis Suarez after he appeared to bite an Italian defender. The Liverpool striker was charged after television footage and photographs appeared to show him chewing on Giorgio Chiellini’s shoulder in Tuesday night’s Group D match. FIFA’s independent disciplinary committee met late into the evening on Wednesday without coming to a verdict and will meet again on Thursday.

We understand that there is not sufficient evidence to truly sanction Luis.

But Wilmar Valdez told Uruguay’s Channel 10 television that video evidence shown at the hearing was “not clear.” A FIFA official has told Sky News that Suarez “must face a severe sanction” if found guilty of biting Chiellini. “If we allow this, where will it stop?” he said. But his country’s president, Jose Mujica, has insisted: “I didn’t see him bite anyone.” Suarez’s teammates have also rallied to his defence. Skipper Diego Lugano even suggested there was a media vendetta against the player.

We didn’t choose him to be a philosopher or a mechanic, or to have good manners. He’s a great player. 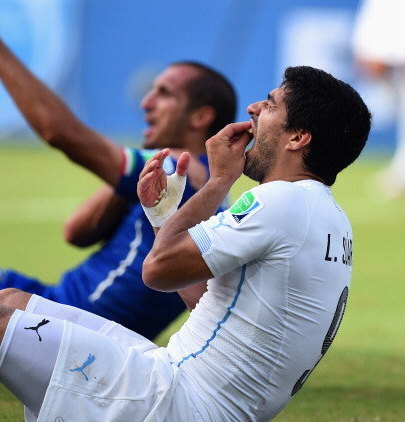