President Barack Obama called the police shooting death of an unarmed black teenager a tragedy and called for a thoughtful response after two nights of violent protests, looting, arrests and tear gas in a St. Louis suburb. He promised a full investigation by the U.S. Department of Justice into the case, which has provoked outrage in the largely African-American town of Ferguson where police have not released the shooter’s name, citing security concerns and death threats.

I know the events of the past few days have prompted strong passions, but … I urge everyone in Ferguson, Missouri, and across the country, to remember this young man through reflection and understanding.

Hundreds of people turned up for a church vigil amid heavy police presence for 18-year-old Michael Brown on Tuesday night. His father pleaded for an end to the violence that has followed the incident, while activists demanded authorities release the name of the officer involved. Police had initially said they would release the officer’s name on Tuesday, but changed the plan, citing fears of retaliation, according to media reports. Brown was shot to death in the back of a police car on Saturday, police said. The race of the officer, a six-year veteran who is now on administrative leave, has not been revealed.

If the officer behaved inappropriately, we’ve got to sanction the officer and figure out what it is that led him to do what he did.

Dave Klinger, a former police officer and criminal justice professor at the University of Missouri-St 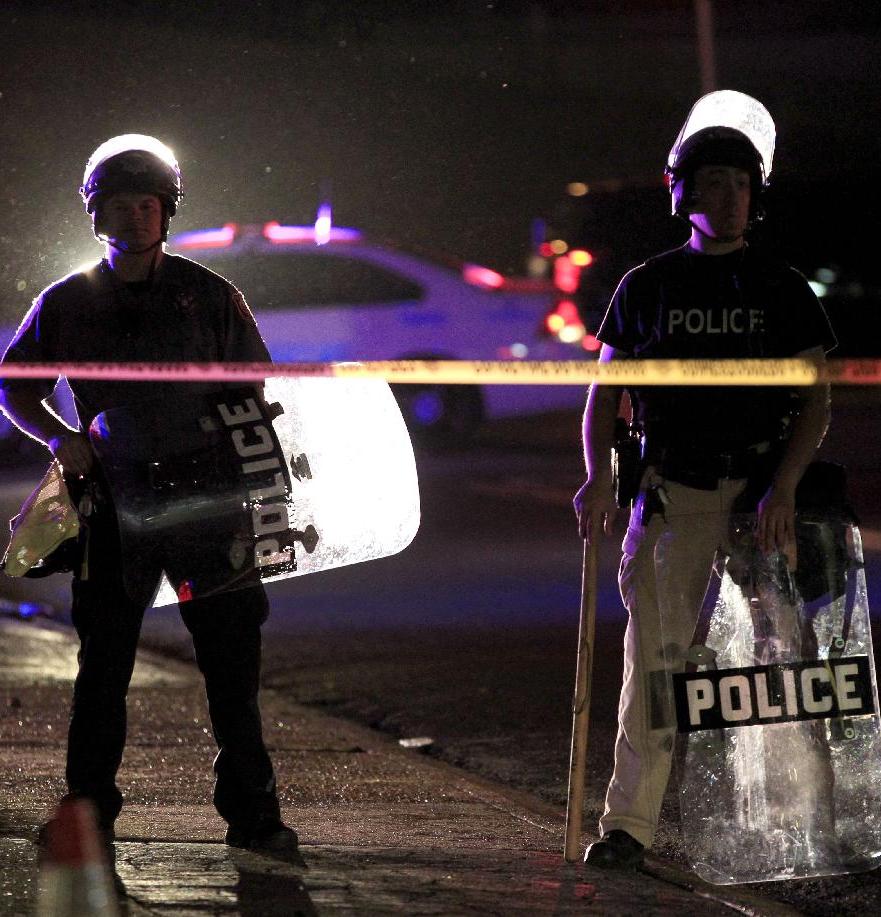