US President Barack Obama said Friday that he is examining options short of sending ground troops to help Iraq counter a Sunni extremist offensive, but warned the country must heal its own divisions. “,” Obama said. Iraqi Prime Minister Nuri al-Maliki’s government has asked the United States to provide military assistance to counter a stunning advance by ISIL, a Sunni extremist movement.

We will not be sending US troops back into combat in Iraq, but I have asked my national security team to prepare a range of other options that could help support Iraqi security forces.

Iraqi Prime Minister Nuri al-Maliki’s government has asked the United States to provide military assistance to counter a stunning advance by ISIL, a Sunni extremist movement. But, in brief remarks to reporters at the White House, Obama warned the Baghdad government that it had brought disaster on itself by failing to heal the divides between Sunni and Shiite camps in the country. “We won’t allow ourselves to be dragged back into a situation in which while we’re there we’re keeping a lid on things and, after enormous sacrifices by us, as soon as we’re not there, suddenly people end up acting in ways that are not conducive to the long-term stability of the country,” the US president said.

The United States will not involve itself in military action in the absence of a political plan by the Iraqis that gives us some assurance that they’re prepared to work together. 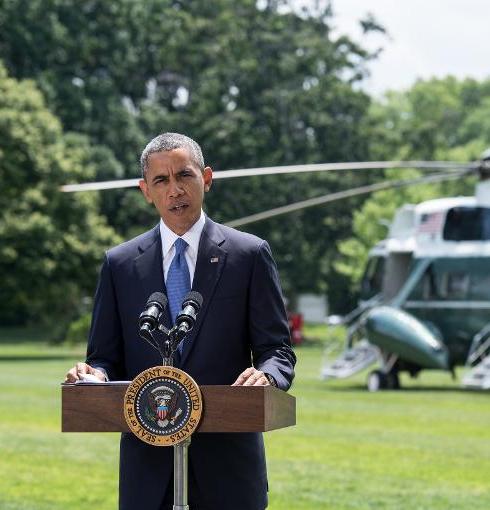