U.S. President Barack Obama has met with Myanmar’s democracy champion Aung San Suu Kyi, as the nation turns towards next year’s elections with uncertainty over the direction of reforms. Suu Kyi’s National League for Democracy (NLD) party is widely expected to sweep polls in late 2015, but its figurehead is banned from the presidency by a constitutional clause. Suu Kyi is now a member of Myanmar’s Parliament but is unable to run in next year’s presidential election because of a constitutional rule barring anyone with strong allegiances to a foreign national from standing for the presidency.

We shouldn’t deny that Burma today is not the same as Burma five years ago. But the process is still incomplete.

President Barack Obama gave a blunt assessment Friday of the need for further reform in Myanmar’s move toward democracy, weighing into sensitive controversies over the treatment of religious minorities and a prohibition keeping Suu Kyi from running for president. Most political prisoners have been released and elections have seen Suu Kyi become a lawmaker, while foreign investors have arrived in lockstep with the rollback of most sanctions. But the atmosphere has slowly soured with many observers saying reforms have stalled.

I always warn against over-optimism, because that could lead to complacency. Our reform process is going through a bumpy patch, but this bumpy patch is something we can negotiate with commitment, with help and understanding from our friends around the world. 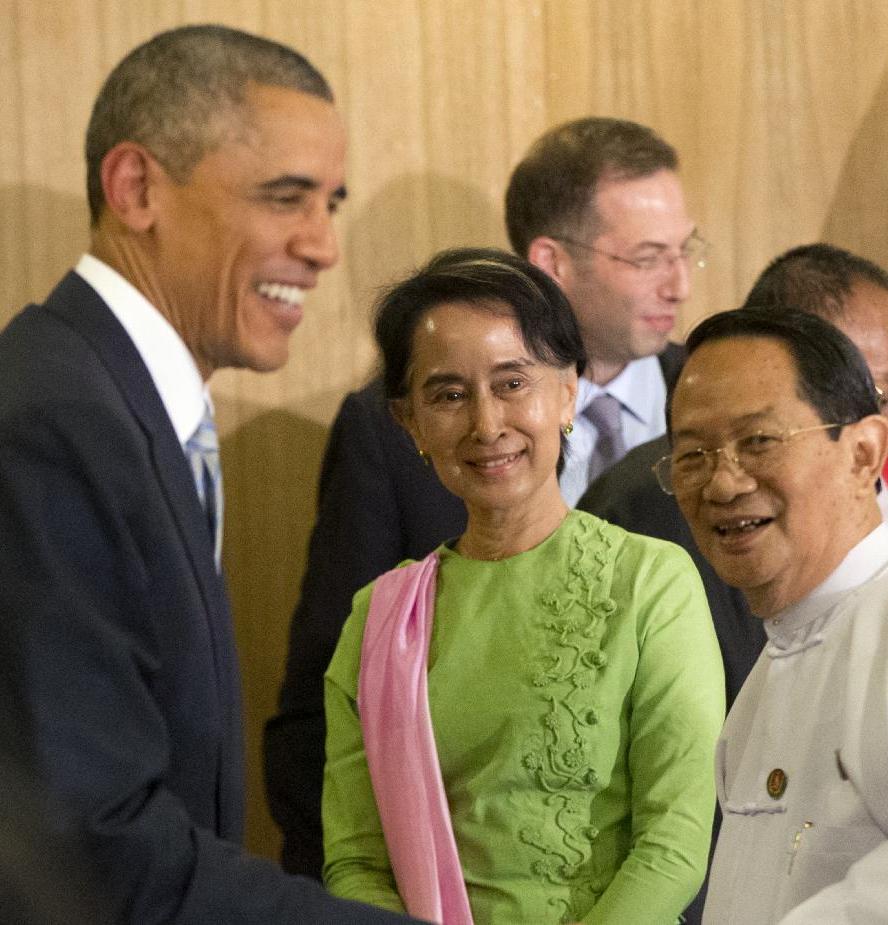