Off to shaky start, Gaza truce holds with a five-day extension

Millions in Gaza and southern Israel on Thursday enjoyed a welcome extension to a temporary truce despite a rocky start that saw a flurry of rocket fire and air strikes. Egyptian mediators brokered a five-day extension to an existing truce to allow for further negotiations on a long-term ceasefire to fighting that has killed 1,962 Palestinians and 67 people on the Israeli side since July 8. Despite a series of overnight rocket attacks on Israel and Israeli air strikes on Gaza, the calm held throughout Thursday even if great uncertainty persists on both sides about the future.

I have full confidence in the government and in the army, but at the same time I ask as mayor of Sderot that they put an end to this situation once and for all.

Around 10,000 Israelis poured into Rabin Square in Tel Aviv late Thursday, police said, calling on the government and the army to end Palestinian rocket attacks from Gaza once and for all. It was the first major demonstration in Israel since the fighting began and organisers said it united people across often bitter divides of left- and right-wing, as well as religious and secular communities. “This is a universal principle. We want to live in peace,” Alon Davidi, mayor of the southern town of Sderot, told the rally as Israel’s security cabinet met to discuss the mediation in Cairo. 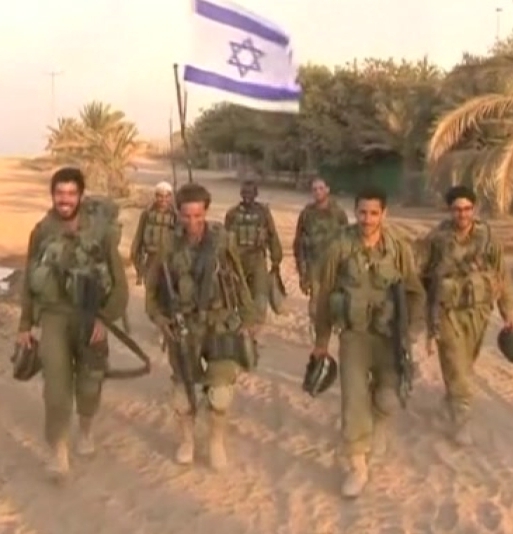