Officer in Ferguson shooting unaware teen was a suspect in robbery: police

Minutes before a police officer shot him dead, Michael Brown had become a suspect in the theft of cigars from a store, according to police reports released on Friday after days of protests in a St. Louis suburb over the unarmed black teenager’s death. But the officer who shot Brown was unaware that the 18-year-old was a suspect in the robbery of the nearby convenience store, Ferguson Police Chief Tom Jackson said at a news conference. Rather, Officer Darren Wilson, 28, shot and killed Michael Brown during an altercation after Wilson asked Brown to move out of the street onto a sidewalk, Jackson said.

He was walking down the middle of the street blocking traffic. That was it.

According to the account given by Jackson and the police reports his department released, police received a call about a robbery of a $49 box of cigars from a convenience store and an ensuing altercation with a clerk at 11:51 a.m. on Aug. 9. A suspect description went out over police radio. Officer Wilson left a prior call he was on and then encountered Brown at 12:01 p.m. Three minutes later Wilson had fatally shot Brown, and other officers and an ambulance were dispatched to the scene. Wilson, who has been put on paid administrative leave, has been shielded from the public since the incident. A lone police car sat outside Wilson’s single-story brick house on Friday, and neighbors posted signs on their doors asking to be left alone. One sign said: “We don’t know anything. Pray for peace.” 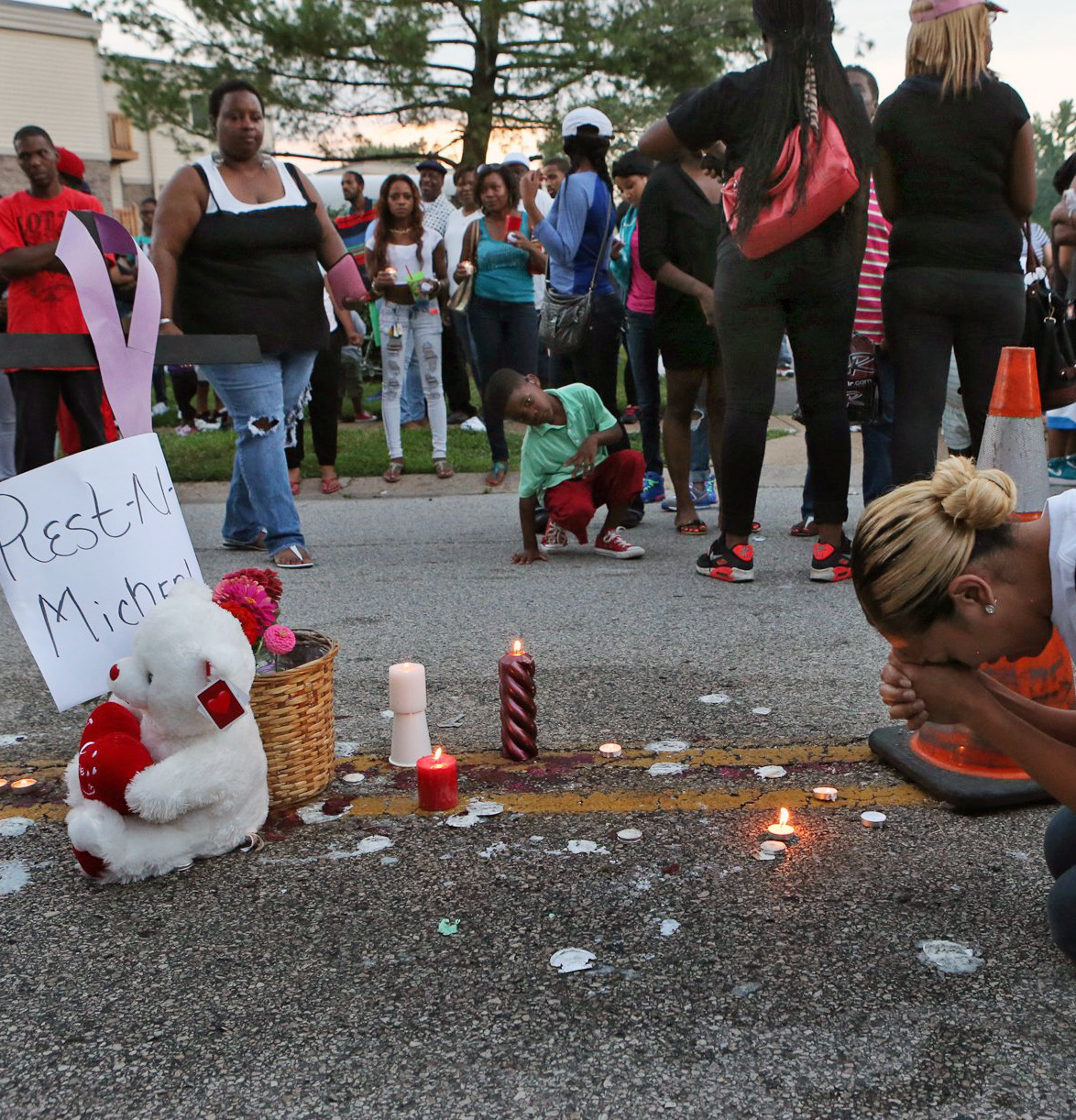