A state grand jury has issued an indictment against Texas Governor Rick Perry, charging him with abuse of his office and coercion of a public official. The indictment handed down on Friday afternoon carries two felony charges. The story began last year when a member of the state’s public integrity unit pled guilty to a drunk driving charge. According to the Texas Tribune, Perry threatened to withhold millions in state funding from the unit, if the member, a Democrat, did not resign. She refused to step down, and Perry made good on his threat, using his line-item veto power to strike $7.5 million in funding for the unit from the state budget (excerpted below).

I cannot in good conscience support continued state funding for an office with statewide jurisdiction at a time when the person charged with ultimate responsibility of that unit has lost the public’s confidence.

A liberal watchdog group filed the complaint against Perry, arguing that the veto was political retribution, which makes it a crime under Texas law. The Travis County grand jury charged Perry with abuse of official capacity, which is a first-degree felony that carries a maximum punishment up to 99 years, according to the AP. The second charge, coercion of a public official, carries a sentence of 2 to 10 years. 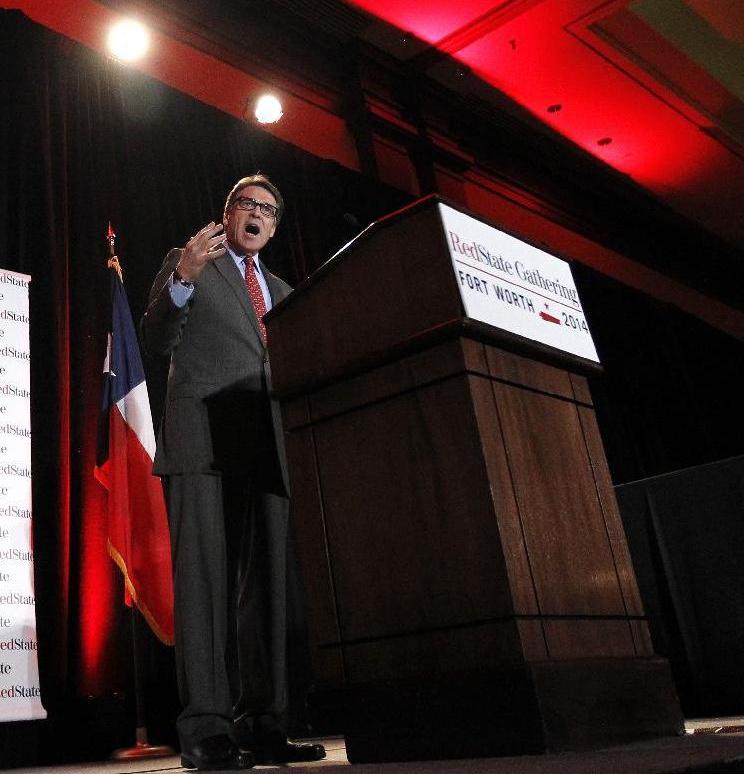