It isn’t supposed to happen this quickly, or is it? Two years ago, 18-year-old Genie Bouchard went on Court 1 at Wimbledon and won the junior girls’ final, looking as if she were a lifelong member of the All England Club. Saturday, the 20-year-old Montrealer will look to duplicate that feat on an even bigger stage, Centre Court, and for even bigger stakes: the Venus Rosewater Dish that is given to the ladies’ singles champion. Eugenie Bouchard defeated Romania’s Simona Halep 7-6 (5), 6-2 in semifinal play at Wimbledon on Thursday to become the first Canadian women’s singles player to advance to a Grand Slam final.

To get to my first Grand Slam final, it’s very exciting. It’s what I’ve worked so long for, you know. So I’m just proud of myself for today’s effort.

The 13th-seeded Canadian will next face sixth-seeded Petra Kvitova on Saturday; Kvitova beat fellow Czech left-hander Lucie Safarova 7-6 (6), 6-1 in the early semifinal. Bouchard has yet to drop a set in six matches so far at Wimbledon. Another Canadian is in the final four of the men’s draw. It was “third time’s a charm” for Bouchard, who had made it to the final four in the year’s two previous Grand Slam tournaments but failed to make the final.

After doing well in the past few Slams, I’ve been believing since the beginning of the tournament that I can do really well. I totally feel like I belong, and I’m just so excited for the next match. 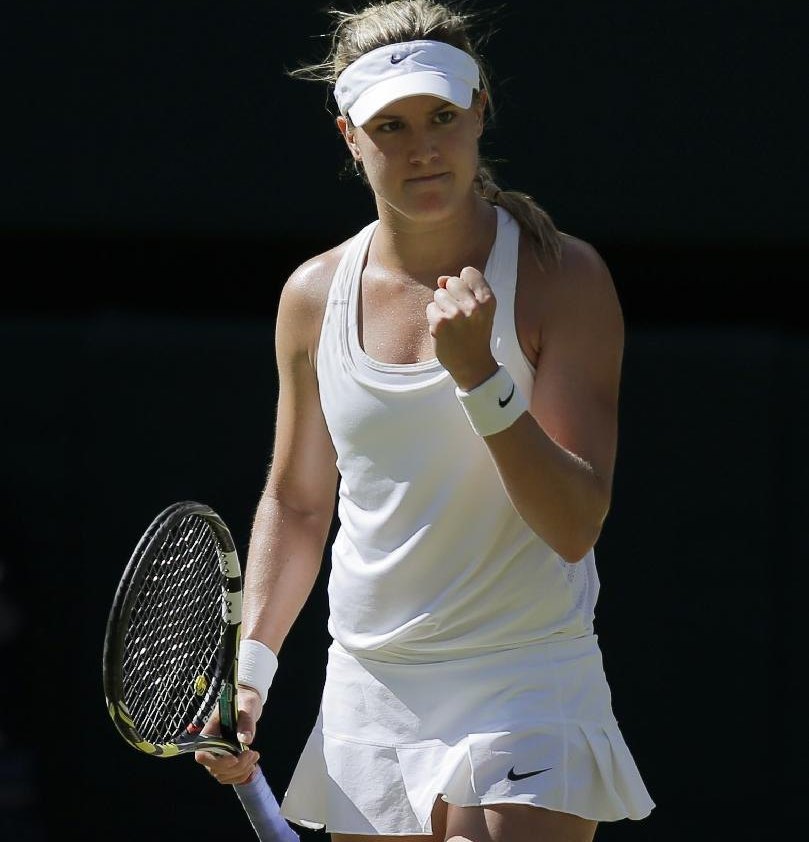