One is one: UK royals release new photos for Prince George’s first birthday

William and Kate have released two new family photographs to mark Prince George’s first birthday. And the couple have taken the opportunity to thank everyone in the past year for their “warm and generous wishes.” Taken in recent weeks at the Natural History Museum’s Sensational Butterflies exhibition, the photos show the one-year-old reaching out, seemingly mesmerised by the butterflies around him. In the second of two portraits, the third-in-line to the throne is reaching out to touch a butterfly that had landed on his father’s hand.

We would like to take this opportunity on George’s first birthday to thank everyone over the last year, wherever we have met them, both at home and overseas, for their warm and generous good wishes to George and our family.

Duke and Duchess of Cambridge

The set of photos completes the end of a steep learning curve for new royal parents, which began 12 months ago at the private Lindo maternity Wing at Paddington’s St Mary’s Hospital. Prince George was born at 4.24pm on July 22, weighing 8 pounds, 6 ounces, but it was not until the following day that William and Kate emerged from hospital to introduce their son to the world. Having had the Queen’s approval during a visit to Kensington Palace, William and Kate named their son George Alexander Louis, Prince George of Cambridge. The birthday boy is due to be guest of honour at a party at Kensington Palace today. 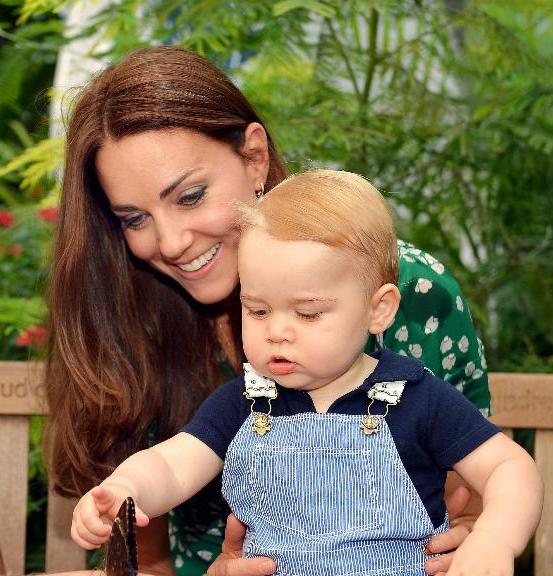