The slow start to tornado season in the U.S. came to a blustery end, when tornadoes raked Tulsa during its evening rush hour on Wednesday, killing one person and injuring others. Tulsa County Sheriff’s Capt. Billy McKelvey said one person was killed in a mobile home park near suburban Sand Springs that was nearly destroyed Wednesday amid severe weather. It wasn’t yet clear whether it was a tornado or straight-line winds that hit the park, which McKelvey said could accommodate 40 to 50 trailers. McKelvey said he believed at least 15 people were hurt, but he did not have an exact number yet.

It could have been much worse.

Tornadoes were seen elsewhere in Oklahoma, as well as in Arkansas, but no injuries were reported from those. A small tornado swept across parts of Moore, an Oklahoma City Suburb where 24 people in a top-of-the-scale EF5 tornado in 2013. Other twisters formed along a line from southwest of Oklahoma City to east of Tulsa, and some touched down in the Ozark Mountains of northwestern Arkansas. Before this week, only about two-dozen twisters had been recorded this year during a period when about 120 are typical. The last time the U.S. had no twisters in March was nearly 50 years ago, according to figures from the Storm Prediction Center in Norman, Oklahoma. 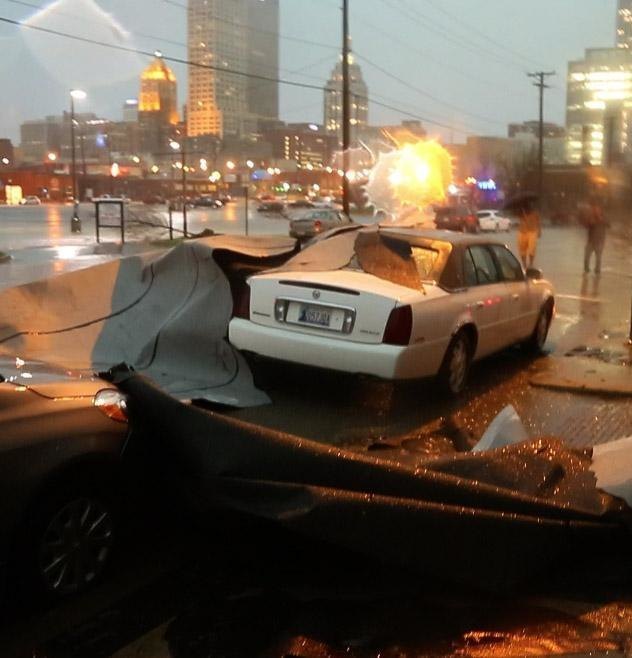