Over 200,000 vote as Hong Kong democracy ‘referendum’ kicks off

More than 200,000 people voted for full democracy in Hong Kong within the first few hours of an unofficial online referendum on Friday in a civil campaign that has sparked warnings from China’s Communist Party leaders. Social tensions have steadily risen in the former British colony that returned to Chinese rule in 1997 - with pro-democracy activists threatening to blockade part of the city’s financial district if China doesn’t allow opposition candidates to run in a 2017 election.

We hope the government can understand through this referendum how strong public demand is, and take this into consideration when making a decision.

Benny Tai, associate professor of law at the University of Hong Kong and one of the organisers of the vote

While Beijing says Hong Kong can go ahead with a city-wide vote in 2017 for the city’s top leader, the most far-reaching experiment in democracy in China since the Communist takeover in 1949, senior Chinese officials have ruled out allowing the public to nominate candidates. Instead, Beijing insists a small committee of largely pro-Beijing loyalists choose who gets on the ballot, which would effectively render the ability to vote meaningless. Even with the ‘PopVote’ website functioning only intermittently after a cyber-attack earlier in the week, more than 200,000 ballots were cast in the first five hours of voting, said the Public Opinion Programme at the University of Hong Kong, which is handling the vote. Most of the votes were cast through a smartphone app. 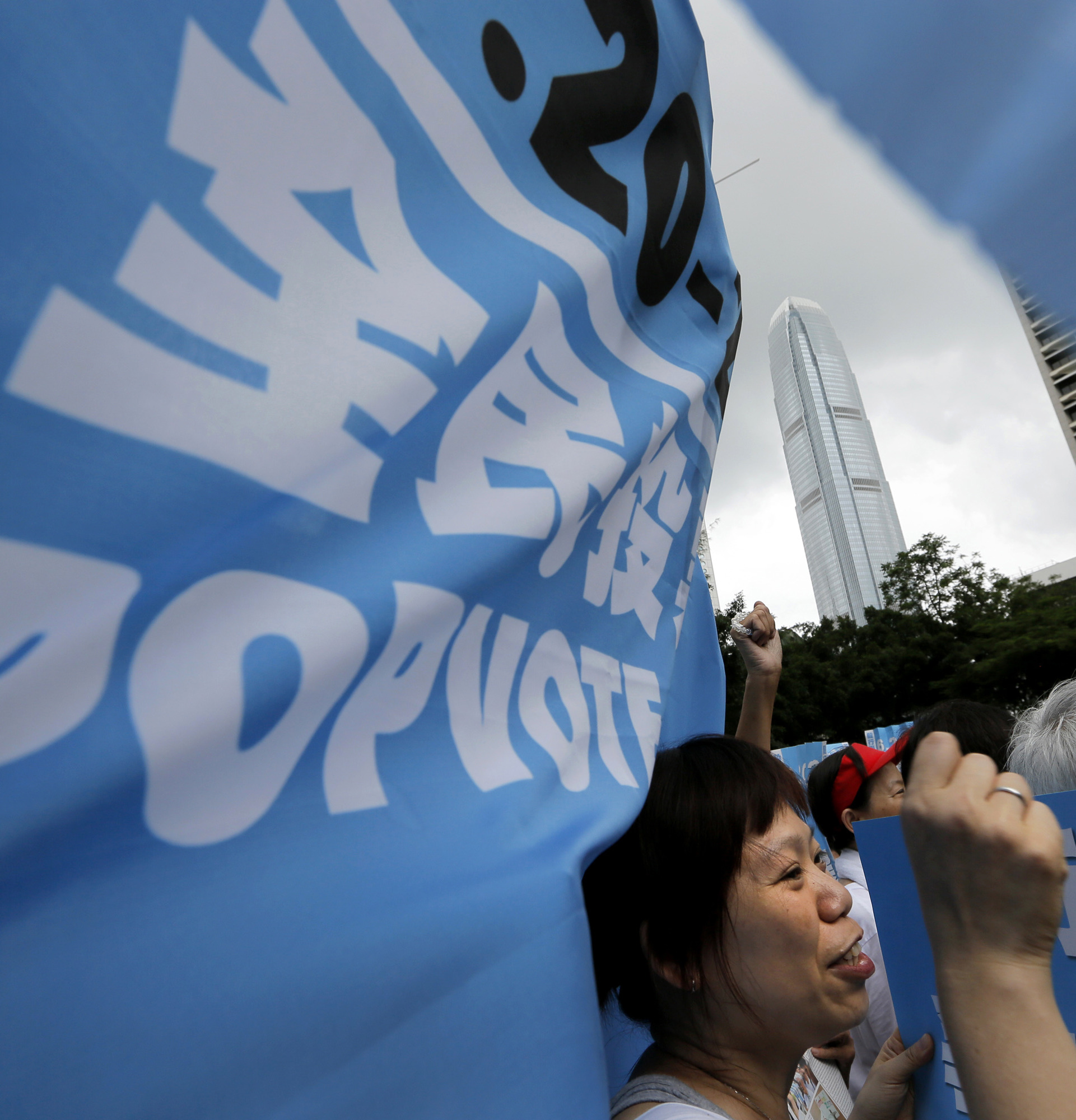