More than 20,000 anti-government protesters flooded the centre of Pakistan’s capital on Saturday, vowing to stay in the streets until Prime Minister Nawaz Sharif resigns. The gathering follows a march from Lahore to the capital that began on Thursday and ended on Friday evening. The majority of the Revolution March protesters were out in a support of Tahir-ul-Qadri, a Canadian-Pakistani national who commands a loyal following of thousands through his network of mosques and religious schools in Pakistan. On an adjacent street, thousands also marched in support of former cricketer Imran Khan, who heads the opposition Pakistan Tehreek-e-Insaaf party. He told the marchers that Prime Minister Nawaz Sharif had been appointed in a rigged election May 2013.

We want Pakistan to be a peaceful state through our democratic revolution.

Riot police cordoned off two streets in downtown Islamabad with shipping containers and barbed wire for the protests. Protest organisers say they are peaceful but determined. To what extent Khan and Qadri can destabilise the government is likely to depend on the stance taken by the armed forces, which has a long history of mounting coups. The military has been frustrated with the government, in particular over the prosecution of former army chief and president Pervez Musharraf for treason. 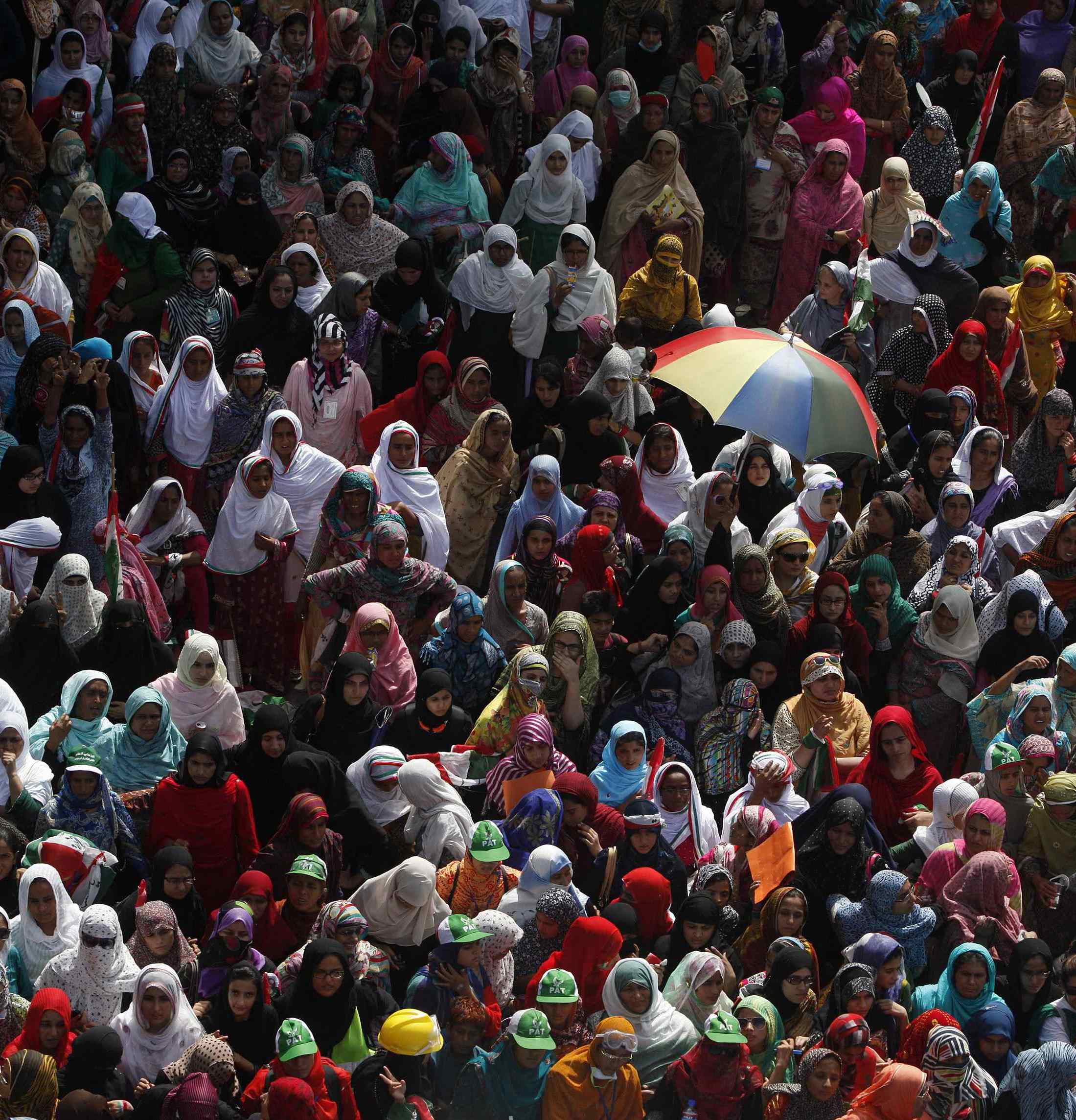