Dancing and waving rainbow-coloured flags, Ugandan activists held their first gay pride rally Saturday since the overturning of a tough anti-homosexuality law. The overturned law, condemned as “abominable” by rights groups but popular among many Ugandans, called for proven homosexuals to be jailed for life. The constitutional court threw it out on a technicality on August 1, six months after it took effect, and the government swiftly filed an appeal, while lawmakers have signed a petition for a new vote on the bill.

This event is to bring us together. Everyone was in hiding before because of the anti-homosexuality law.

Homosexuality remains illegal in Uganda, punishable by a jail sentence. But it is no longer illegal to promote homosexuality, and Ugandans are no longer obliged to denounce gays to the authorities. Amid music and laughter, activists gathered at botanical gardens on the shores of Lake Victoria, barely a kilometre from the presidential palace at Entebbe, a key town some 35 kilometres from the capital Kampala. Ugandan Deputy Attorney General Fred Ruhinda said Saturday that state lawyers had lodged an appeal against the ruling at the Supreme Court, the country’s highest court.

We are unsatisfied with the court ruling. The law was not intended to victimise gay people, it was for the common good. 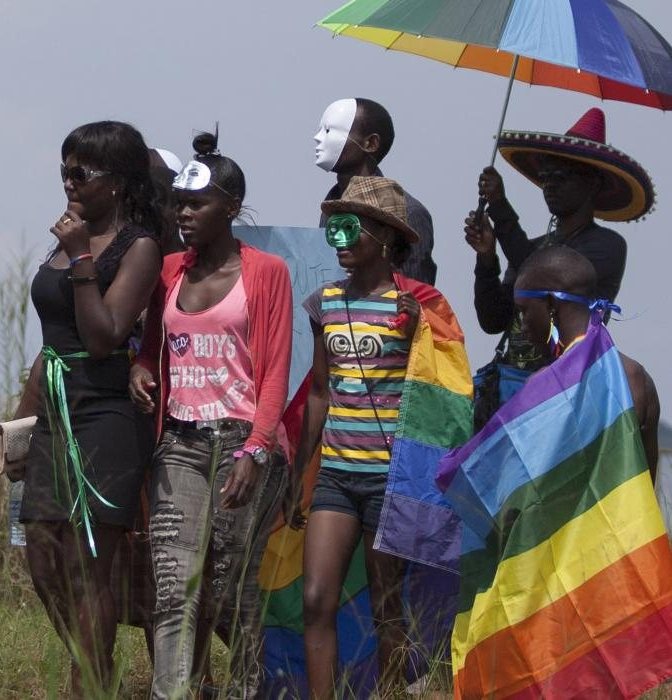